First and Last - 1
As we approached Middlewich today we started to pick up reports of a car in the canal. The towpath telegraph was a bit sketchy but we gleaned that last night a young driver had come off the road and ended up in the canal above Kings Lock. As he was apparently unhurt and we planned to stop below the lock for our bow thruster to be repaired we did not expect it to inconvenience us. However, after ascending the Big Lock we were held up for two and a half hours before we could start up the three narrow locks. At some time yesterday evening a boat damaged one of the locks and repairs had taken some time this morning and a queue of boats developed at both ends. We were surprised to find nb Whio a couple of boats behind us. They are Kiwis and winter the boat in Aylesbury. although we have wintered there twice and seen the boat we have never met the crew before.
This is the first narrow lock I have negotiated this year and it was the last one I negotiated last year - on October 8 - over nine months ago. A lot can happen in nine months.
We left the Bridgewater Canal a few days ago after the Preston Brook tunnel and stop lock. 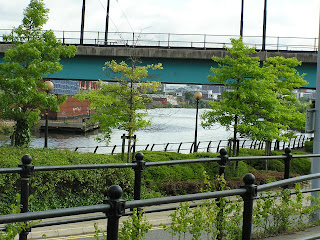 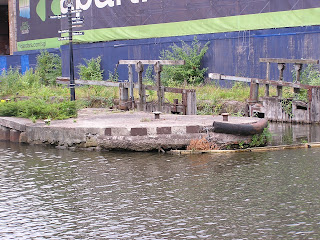 Access from one canal to the other used to be via Hulme Lock which is now disused. 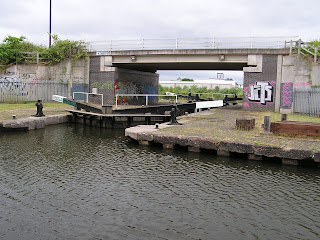 This is now achieved via Pommona Lock.