How the EU complicates life 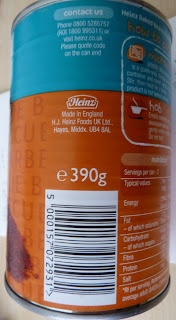 Then we joined the Common Market and the introduction of this symbol. 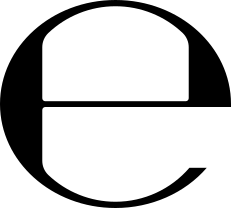 With this came:
Processing variations,
standard deviations,
negative tolerances,
sampling allowances,
wandering averages,
storage allowances,
fill temperature allowances
and action limits
The situation now is:
Consumers have no way of knowing whether they are being cheated or not
Trading Standards have a monumental task if they want to check whether a manufacturer is complying with weights and measures regulations.
Manufacturers have to maintain extensive and complicated records for Trading Standards to audit.

If you are interested in the details then peruse the example given below in the guide to the legislation. (This is for sweets and may be a little more complicated than for canned beans)

An example on setting target quantities and action limits
SCENARIO
A packer produces 200 g bags of sweets; the variation due to the packing process is dependent on the size of sweet.
The process variation, stated as a standard deviation, is either 4 g, 5 g or 6 g.
The packing line produces 4,000 bags an hour and the packer monitors the average
weight of the product by taking samples of five bags from the line every 30 minutes.
The average of each sample is calculated and used to determine when action is needed.
What should be the lowest target quantity the packer should aim for, and what should
the minimum action limit (1 in 1,000) for the sample mean be, for each of the three processes?

1.1.1. The average range or standard deviation can be used to consider this parameter.
The standard deviation (SD) is more robust, as it is based on all the data available. In either case, the following assumes that the distribution of the contents of the packages is ‘normal’. If this assumption is incorrect the variation from normality also has to be considered.

1.1.2. In the scenario the variability of the filling process is given as a standard deviation. In order to ensure all three packers’ rules are met, the highest of the following has to be used to address this variability:

Qn T1+2s T2+3.72s
where
Qn is the nominal (labelled) quantity
s is the standard deviation of the filling process,
T1    is Qn – TNE
T2    is Qn –2 TNE
TNE is the tolerable negative error for the nominal quantity
.
WELMEC document 6.4 at paragraph E2.5 deals with this matter as above. It is treated differently in the Packers Code at paragraph C15, but the result is the same.


For the various process variations the results are:-

As can be seen from this table that which of the packers’ rules is critical depends on the variability of the filling process. In this exercise the critical rule is:-

1.1.3. The above ‘largest’ quantities would be acceptable as a target quantity if there were no other issues that needed addressing. The scenario gave information about the sampling plan the packer is using and so the adequacy of this needs to be considered.

1.2.1. Generally the packer’s sampling plan is considered to be equivalent to the
reference test if at least 50 items are sample d during the time that 10,000 packs
are filled (with a minimum time of 1 hour and a maximum time of 1 day or shift).
See the Packers Code, paragraph C22, or WELMEC 6.4, paragraph E.3

1.2.2. The scenario is that the packing line produces 4,000 bags an hour and
the packer monitors the average weight of the product by taking samples of five bags
from the line every 30 minutes. The average of each sample is calculated and
used to determine when action is needed.

Therefore the number of items sampled during the
production period (time taken to produce 10,000 packs) is kn = 5x5 = 25. As this is less than 50 a sampling
allowance is needed to ensure that the packers system is as efficient as the
reference test in detecting non-compliance.

The exercise indicates that only an Action Limit is used which is referred to as
Procedure A in the tables.

1.2.4. Looking at n=5 and k=5 for procedure A gives a sampling allowance
factor, z = 0.20. This factor is multiplied with the standard deviation of the
packing process to produce an allowance, which is added to the targets
determined in 1.1.2 above.

1.3.1. The scenario does not give any indications that other allowances are
necessary but other issues that need to be considered include:-
-a ‘wandering average’,
-storage allowance, particularly for desiccating products,
-tare variability, where the quantity determination assumes a constant tare
weight,
-temperature, if the product is filled hot or cold and the volume changes when
determined at 200C

1.6. The action limit, with a chance of 1 in 1,000 of exceeding, as with the
normal distribution comes at three times the standard error away from the target
quantity. Only the lower action limit is needed for legal metrology, although
upper limits may be set, for example for safety reasons (aerosols), or economic
reasons (duty on alcohol) –but the corresponding limit must be no nearer the
target quantity than the lower one.

So for legal metrology the Action Limit should be no lower than Qt -3 s/n
(If there was a warning limit of 1 in 40 being used this would be at 2 times the
standard error.).

An example is given in the Packers’ Code at paragraph C34, it is also covered in
WELMEC 6.4 at paragraph E.7.2.

Using the data from the exercise this gives:

So that's all clear now!

I received an enquiry recently from an anonymous reader  who was trying to contact the owner of the Eco Boat which I reported on in April 2011.
Unfortunately no return address was left so a direct reply was not possible.
If you are reading this I would direct you to a website called Boatdesign.net  where someone called Richard has made contact with the owner following my blog post.
If you do make contact with Richard perhaps you could remind him to acknowledge me and my blog whence he borrowed the photos .
Posted by Peter at 18:20 No comments:

Whilst we were away in China we received  an email from TSB where we had a small savings account. As all Google activities are blocked in China we could not read the email but it  was followed fairly swiftly by an SMS. This we could read and learned that there appeared to be a problem with out account. As no activity was anticipated on the account other than the receipt of interest we were a little concerned. The SMS was not specific about the nature of the problem and, as it came from a NO-REPLY address we could not enquire. Unable to contact TSB by email or SMS and with mobile calls costing £1 a minute I eventually made a quick call ensuring that from the outset they had their tape running. I gave them our details and asked them to sort out the problem and let us know the outcome by SMS. Two months later, when we returned to UK, I logged on to our account  to find that TSB had been trying to make a payment from an account with 26p in it. Each time they tried they charged us £10. (They never  responded to my call) After reading the message from TSB I attempted to respond but the function for this process was greyed out.
So I called TSB and asked why the Respond now function was not available and was informed that this was because it was not available.
So why is it there?    I asked
Because it is not available.   They responded
So why is it there?    I asked again
Because it is not available.   They responded again
So where is the  Order Coffee button then?    I asked 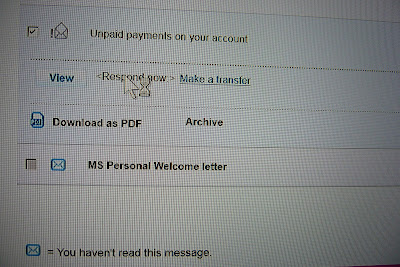 The account is closed now  and the £30 in charges have been cancelled.
I think we will stick to banks where bi-lateral communication is possible.

Ten years ago today I started publishing this blog.
It was never intended to be just another canal travelogue but more a  sharing of our musings. Over these years our life has seen many changes culminating in our decision, after my latest (3rd) hip replacement, not to live aboard Gecko in the winter in future. This decision has little to do with the weather: any liveaboard  knows that there are few places as cosy as a narrowboat with the fire on. Our practice of mooring up in a marina for five months we have found a little stifling with unchanging views of moored boats, hatches all battened down, and little opportunity for social intercourse. Also a realisation that as we get older we become less mobile and ultimately we will migrate to a home ashore has prompted us to take pre-emptive action. We have  bought a bungalow in  Lancashire and found a great  mooring in Scarisbrick Marina for Gecko. And so we arrive at this anniversary with a decision to make about the future of Gecko's Progress.: to call it a day or to resume with perhaps less canal content.