How not to spend our money - 3
Dear BW
I feel I must commend the dedication of your H&S team. They have obviously been working very hard fitting notices on all the lock gates warning me to keep my boat forward of the cill. It is a shame that they had overlooked the requirement for planning permission to affix such notices to listed structures but hey-ho! 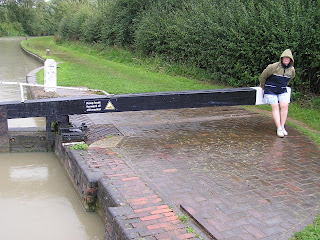 At least they will be be really slick by the time they have removed these and re- applied them after planning permission has been granted.
It was especially keen of them to include all the locks on the Grantham Canal which, being derelict, is unlikely to have boats on for some decades, but hey-ho!


This eye to the future is also apparent in the project to fit three totally unnecessary bollards to each lock in the country. When they are installed I am sure that a risk assessment will confirm them as a trip hazard requiring warning signs to be fitted to each bollard. Hey-ho! 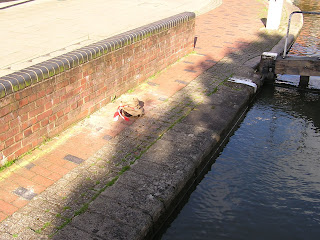 Time to make Sunday More Special
Fourteen years ago today the supermarkets like Tesco which had been flouting the Shops Act conditions relating to trading on Sundays won a victory for bully-boy tactics. Since that date the Sunday Trading Act has permitted stores of more than 3000 sq ft to sell anything they chose for six hours between 10am and 6pm. This change was opposed at the time by Waitrose, M&S and House of Fraser amongst others The argument which won the day was that with so many women working the opportunity to buy groceries needed to be expanded.
However, in most of the country it is now possible to shop in a supermarket for 24 hours in the day so why do we need supermarkets open on Sundays at all? Surely the likes of Tesco have shot a hole in their own argument.
I think it is time to claim back Sunday as a day for relaxation and contemplation by repealing the Sunday Trading Act 1994. Perhaps Tesco would like to take the initiative and start closing their shops on Sundays. If they also restricted the sale of Hot Cross Buns to the appropriate time of the year they might reverse another attack on the British way of life.
Posted by Peter at 02:08 No comments:

Waste not: want not
I remember the 1970s as a period of considerable change. For half the decade I was working in the food industry and witnessed the introduction of bar codes and best-before marking of foods. I think it was also around this time that the Financial Times effectively destroyed the British Billion. It is easy to upset an American by pointing out that whilst his ego may be bigger than ours, his gallon and ton are smaller. In truth so is his billion. A British billion is one million million ie: 1.000.000.000.000 the US billion is only really one thousand million - 1,000,000,000. But somewhere around this time the FT decided to use the US billion and so it has been adopted by everyone.
The introduction of bar codes and best-before dates have had a greater impact of British consumers. At the time I had a letter published in The Grocer pointing out the potential pitfalls of not marking individual products with prices and relying on computerised tills to charge the correct price. We always check our supermarket bills and this year two out of every three have been incorrect. If this is extrapolated over the country there should be considerable cause for concern. Because we shop frequently our bills are generally small but it is not uncommon to see people spending hundreds of pounds on a Friday evening and not even taking the receipt with them. Given this attitude by consumers it is not surprising that last year Tesco was the first UK retailer to report profits of over £2 billion (US)
Whilst the four largest supermarket chains amassed profits approaching £4 billion (US) last year UK consumers managed to discard more than twice that value of food unnecessarily. Yes, we- no, you - discarded 3.6million tons of food - 60% of which was untouched and ten percent of which was still in date. This represented 18% of all the food you purchased. Families with children discarded 27% of the food they purchased. When I was a child we had a larder and threw away no food. We now have a refrigerator in which we are encouraged by manufacturers to store such things as jam, pickles and mustard. Surely pickling is a method of preservation? In 1976 Green Giant decided to introduce best before dates on canned sweetcorn. To my request for guidance on the appropriate period to declare I was advised by those in the know in USA that there would be no noticeable deterioration of the product in less than six years. This was unacceptable to the marketing department in UK "the consumer will be suspicious of dates so far out" Consequently the period applied was shortened to two years. Best before dates are even printed on honey jars and honey cannot go off!
Are you convinced that change is always for the better?
Posted by Peter at 10:46 No comments: 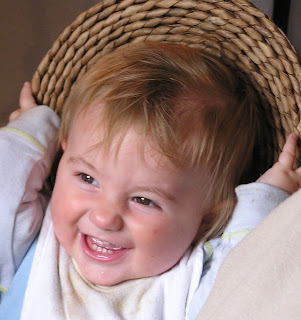 Glad News: Sad News
You may recall that at this point last year the blog ceased for some months. This was due to the arrival of our first grandson which threw our lives into disarray.

He is one year old today! And we have been up to Colne for his birthday party which included another amazing cake made and decorated by his mum.
Whilst out and about in Colne we bought some nosh at a local bakers and discovered that there is a confection called a Sad Cake which looks like a derivation of the Banbury / Eccles cake. It is, however, much thinner and the currants are incorporated into the short pastry rather than enclosed together like a pie. This is definitely a GLAD cake