I am sorry the posting have been rather thin for a while due to circumstances beyond my control.
Thank you for returning to read my meagre output which I will try to improve next year. 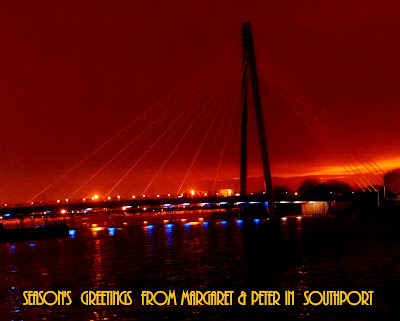 We learned this morning that Whitechapel Bell Foundry is to close. This I find very sad and hope that as much of the foundry as possible can be preserved as a historic monument. If you are unfamiliar with the oldest manufacturing  company in the country I urge you to spend some time reading their website whilst it exists. Below is my post from June 2007
Loughborough boasts the largest bell foundry in the world - Taylors - where Great Paul, the 17ton bell at St. Paul's Cathedral in London, was cast. Local residents may also tell you that Big Ben was cast here but this is another of the many stories which surround this bell. It was actually cast in Stockton-on-Tees and weighed 16tons. As the tower was unready Big Ben was first hung in Palace Yard but it cracked in use. The metal was recast at the only other bell foundry now existing in England - Whitechapel Bell Foundry in the east end of London. In this process it appears to have lost 2.5 tons. Along with most natives of this country and all tourists - I have never seen Big Ben but I am very familiar with its sound and with The Elizabeth Tower which houses it.

Since our enforced (but temporary) absence from the canals we have been sampling the novelty call Television. This is amazing! I did not realise until I watched John Sargeant that it never rains on the canals. Nor did I understand that bashing every bridge and boat in sight was the main aim of canal boating. It took Timothy West and wife Pru to show me this. When we get back on the cut next year I shall have to modify my cruising mode from Dodg'm to Bumper..
Last time we cruised down into London we shared a couple of locks with a bridge-hopper relocating for his next 14 days half a mile further up the Regent's Canal. He employed a novel method of stopping his boat which did not involve reversing the engine. What  a great fuel saving we have been missing: I must try jumping off with a rope in future. Stopping 18tons of steel can't be all that hard, can it?
So, with all these educational canal programmes   on the TV (that's the short name for television apparently) why have boating accidents more than doubled in the last year? River and Canal Rescue (the AA of the waterways) reported that within the 4331 call-outs they attended in the 12 months to 1st November 2016 there were 179 major and 31 minor accidents compared with 65 major and 16 minor ones the year before. It can't be lack of instruction, can it? 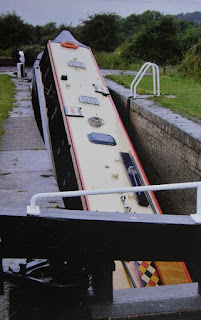 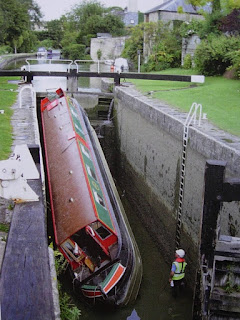 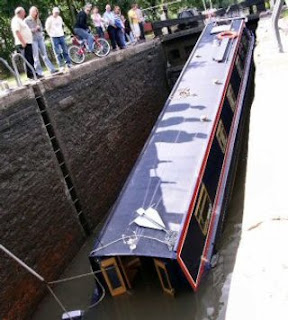 This happens every year 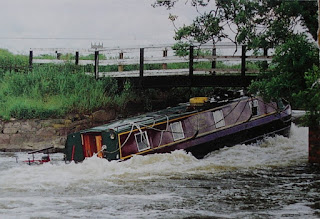 There are other accidents too..... 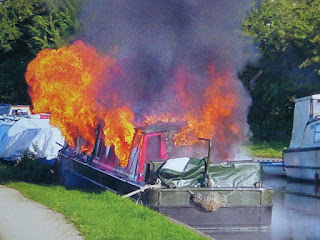 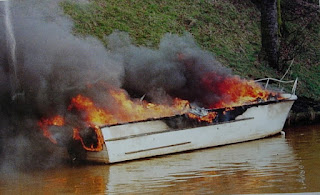 But most are down to human error 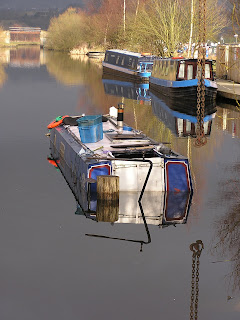 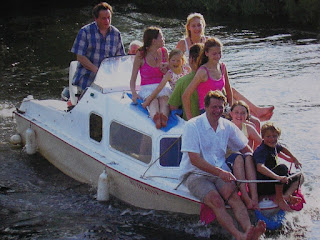 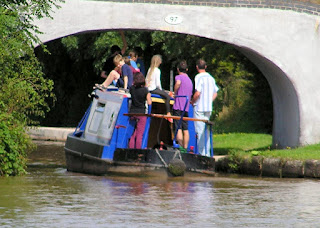