You can now access my blog over an encrypted connection. Save this link:

https://nbgecko.blogspot.com
Posted by Peter at 19:23 No comments:

Our roving photographer, Erica, who usually covers stories further afield, was on hand to snap this spectacular fire at Barton Turns Marina recently. 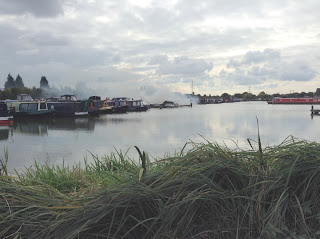 No cause has been identified to date 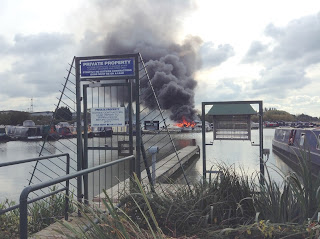 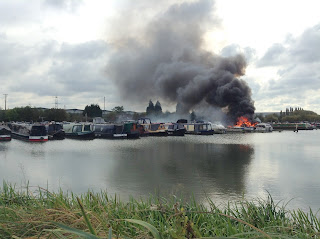 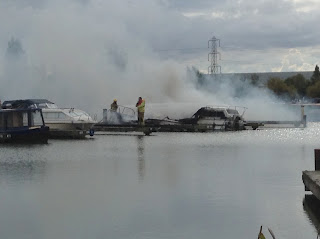 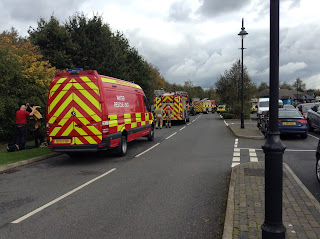 The fire service was well represented 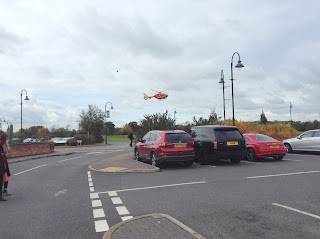 Although Air Ambulance attended there were no injuries

A few years ago I bought two pairs of Hush Puppies - one brown and one black. These I kept for special occasions, which don't occur very often on the canals. So they lived at the bottom of a locker  until we emptied the boat for the winter.  Last Monday we went into London for a number of events - the V&A exhibition of  Medieval embroidery, a talk on Charles Voysey  and to meet Margaret's sister. That seemed special enough to warrant wearing my smart shoes. When we left the tube at Charring Cross station (which used to be more appropriately called Trafalgar Square) I found myself hobbling  like walking on cobbles. It transpired that Hush Puppies have an affinity for tube trains and my right shoe had been reluctant to leave the train despite being laced up. That which could - the sole - stayed continued its journey to the Elephant & Castle whilst the uppers came with me. I do not recall seeing a Best Before or Use By date on the box when purchasing these shoes and I have never considered shoes as perishable but obviously Hush Puppies are. I have to admit to ignoring the adage Never wear brown in town and acknowledge its sagacity in regards to such footwear. 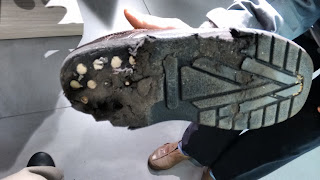