Twenty years ago this month I was working for an American company in Paris, moving mainframe computers around Europe and beyond. When I phoned the logistics company I used in Paris I often had to wait for the person I required.  During this period the phone system was linked to a local radio station - Cherie FM . By putting my phone on hands-free operation I  was treated to music while I worked. There was one song in particular which I took to but never caught enough of it to identify either the title or artist.  My solution was to pop down to the record department of the Samaritaines store near Pont Neuf and la-la the tune to an assistant who identified it successfully as Un Homme Heureux by William Sheller
Earlier this week we made a trip to Lille and attended a rare concert by William Sheller. Even at twenty years older the performance was splendid. Here is a sample of that song.
Posted by Peter at 12:45 2 comments:

Hello Again!
On our way up or down the Grand Union we often stop near the Tesco supermarket at Leighton Buzzard and take a walk around the town. 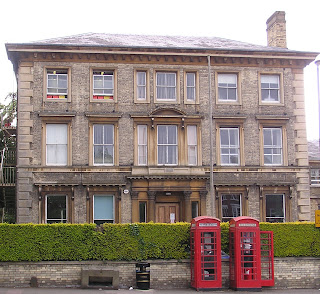 Amongst the things it is noted for is the house where Mary Norton wrote the series of children's book The Borrowers.

It is now a school. 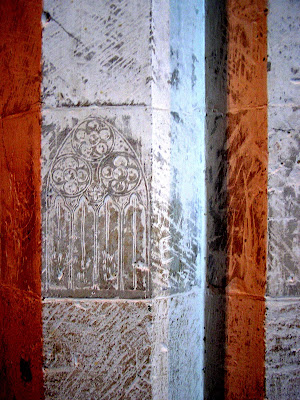 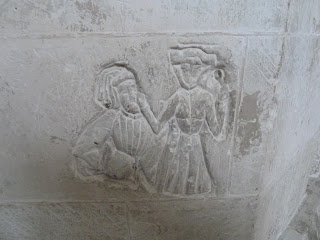 Almost next door is All Saints' Church which is famous for its medieval graffiti.

This depicts Simon and Nellie who fell out over whether to boil or bake some fruit and flour for the impending visit of their son and daughter-in-law. Nellie is seen here pulling Simon's ear before deciding to compromise by both first boiling and then baking the ingredients.  The resulting cake was well received and has led to the claim that SIMon and NELlie invented the SIMNEL cake which we traditional eat on Mothering Sunday. 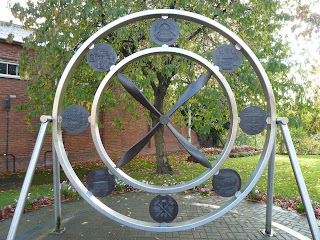 Not far from the canal is this handy reminder of the commercial activities of Leighton Buzzard with graphic depictions on both sides of each disc. 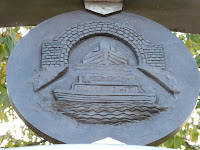 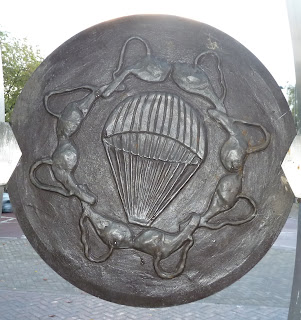 But perhaps these are the ones you were waiting for.

Leighton Buzzard was once a centre of bra and parachute manufacture. 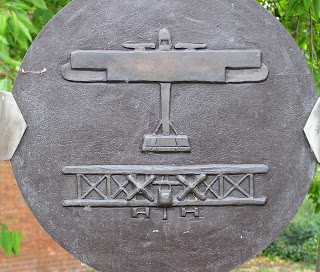 And on the site where Tesco now stands, Morgan Coachworks applied the Weyman technique developed in Paris first to building car bodies and, when WWI broke out, to manufacturing the Vickers Vimy bomber.  Although it was too late to take part in the war it became famous  as the chosen plane for many successful world record attempts.

In 1994 a replica of the Vickers Vimy was built and successfully recreated the world record flights - England to Australia; England to South Africa and USA to England.  This machine was given to Brooklands Museum who have kept it airworthy and here is a film clip of it flying.

Hello Boys!
(This post is for Chris, Paul and Ivy who live on their narrowboat in northern France)

What do these pictures have in common? 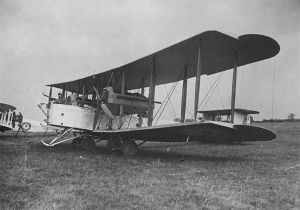 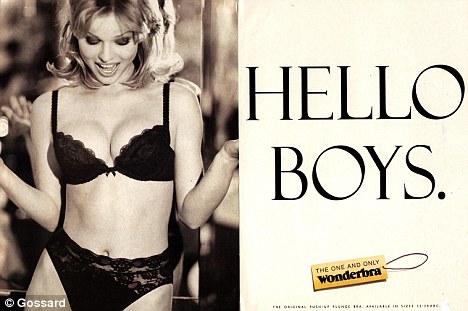 If you recall my post  - Flying Boats -of 11 October 2009 (still available in the archive) the Vickers Vimy flown by Alcock and Brown on the first non-stop transatlantic  crossing was the source of much personal embarrassment. But that is no clue to the answer to my query as I have never knowingly been embarrassed by a Wonderbra.
A large element of the Vimy superstructure was wire  and fabric but that is not really a clue either.
Maybe I'll keep you guessing until tomorrow.
Meanwhile, enjoy th pictures