Last week I underwent an annual checkup at a hospital in City Road , London. I have been attending this hospital for 52 years and during that time many changes have taken place in that area of London. As I had a little time in hand I jumped off the 205 a stop early and walked down the road.

These buildings weren't here 52 years ago. In fact I don't think they were here two years ago. 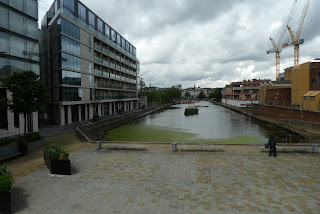 There is a space between them which has existed for over 200 years but has only recently been opened up for the travelers on City Road to see-
City Road Basin of the Regent's Canal
With the sun shining, a tune came into my mind (and has still not gone a week later!)
It is a nursery rhyme:

Every night when I go out
The weasel's sitting on the table
I take a stick and knock it off
Pop goes the weasel
There are various claims for the origin of the rhyme but all agree on the last line.  It refers to the habit popular since the 1700s,  of East End workers popping or pawning their best coat (weasel and stoat is Cockney rhyming slang for coat) in order to enjoy some luxury. 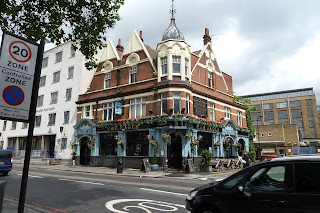 Almost adjacent to these new apartments is -

With great self control, I resisted the temptation to pawn my coat and spend the proceeds on beer.

Of course you have spotted that this building is not 18th century. It was built around 1900 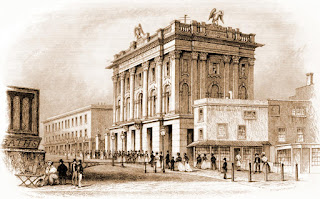 and replaced a music hall of the same name.


Whatever your view on the merit or otherwise of these changes I have experienced one change which has not been an improvement. With all the new technology and medical research it takes twice as long to carry out the same checks that I had 52 years ago. Such is progress!

Those of you unfamiliar with the rhyme might like to listen to Anthony Newley's rendition from the 1960s
https://www.youtube.com/watch?v=Opr_7f0Z0os

Budget cuts in Lancashire are currently threatening to close the world's only steam-powered weaving mill at Queen Street, Burnley and the spinning mill at  Helmshore.  Both were due to close in March but have received a stay of execution until September. 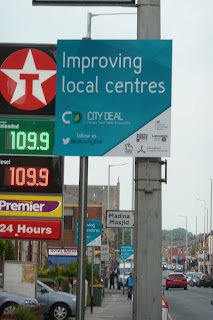 Meanwhile Preston Council has seen it fit to waste money erecting these signs all along New Hall Lane.
From our flat we can see three on this side of the road and more on the opposite side 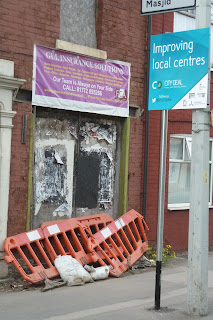 If they really want to improve the local centre how about clearing up this mess?
Posted by Peter at 19:07 No comments:

You will be please to know the Joey stolen in Birmingham recently has been found at the top of Brades Locks
Posted by Peter at 16:47 No comments: 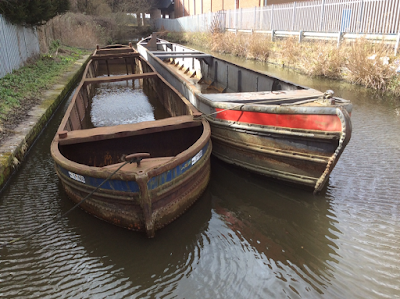 Sometime in the last few days the boat in the right of this picture was stolen. If you are in the Birmingham area please go for a walk on your nearest bit of canal and keep a look out for it
Contact Mike on
ansonpowell63@gmail.com
if you see it