Merry Christmas to all our Readers 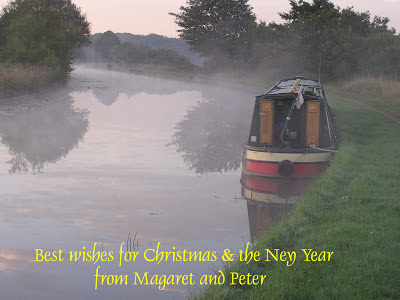 At lunchtime today Hardeep Singkohli's Sunday Lunch on BBC Radio Four shared our view of Pendle Hill for he was at Clarion House near Barley.

This is the last remaining Clarion House in Britain, apparently, and was the birthplace of the Independent Labour Party. The Clarion House was built to be a non-profit making co-operative with any excess money to be used in spreading the word of socialism in the hope that others would take it as a model of how society as a whole ought to be organised.Visitors could come and witness how people were prepared to devote their lives to the Clarion movement for no personal gain, other than the knowledge that they would leave the world a better place than when they entered it. Those early socialist pioneers who built the Clarion chose a place of recognised natural beauty in the fervent hope that the rest of the world would come to resemble it and become a place of beauty, not only physical beauty - but also a moral and social beauty. Today, the Clarion House is open on Sundays to dispense pint mugs of tea to walkers, cyclists and any other callers.
A couple of years ago, when we were last up this way, we visited another last remaining also noted for its drinks. 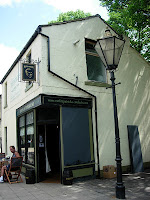 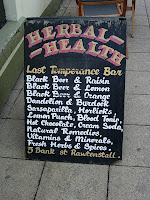 Fitzpatrick's Bar
in Rawtenstall is the legacy of the nineteenth century  Temperance movement which strove to dissuade people from consuming  the demon drink. 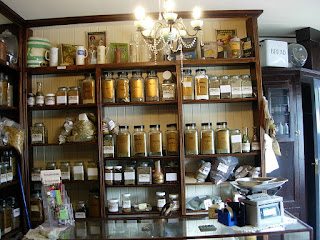 Inside, the shelves do not resemble those at your local pub.

The Fitzpatrick family were  herbalists who moved from Dublin and at one time had more than thirty such bars. 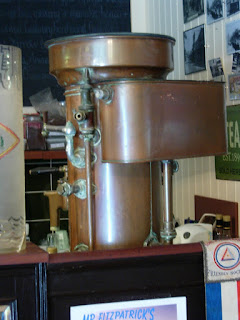 A coouple of weeks ago the owner of twelve years, Christopher Law, was stopped by the police in Burnley at 2.30 one morning for drink driving.
He  was fined £110 and banned from driving for 17 months.

Perhaps he will now patronise his own establishment.
Posted by Peter at 16:55 No comments: