I am sorry I shall have to suspend posts to  Gecko's Progress for a while.  Normal service will be resumed as soon as possible
In the meantime just hum to yourself 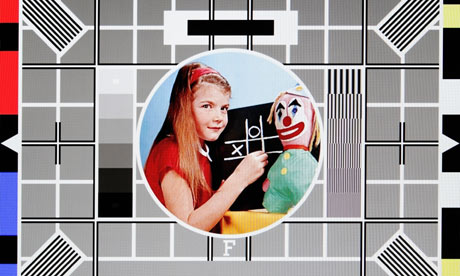 (Nearly) All the Ws

This curious looking building is all that remains of a Cistercian Abbey founded in 1135. By the sixteenth century it formed part of a large house but now stands in a meadow near a farm.

Approached by a seventeenth-century staircase

Now high in the attics of the Berkshire and Wiltshire Regimental Museum, The Wardrobe would once have acted for the secular Salisbury Chapter as a store for bulky items and for receiving cloth in manorial dues.

An eyecatcher for Kimbolton Castle
Once a dwelling for the warrener who managed the rabbits on the estate, The Warren House was later adapted for use as an eyecatcher for Vanbrugh’s magnificent Kimbolton Castle. The ground floor is a cosy bedroom and you will probably live mostly in the first floor chamber, making the most of the fine views of the castle hunkered in the valley below.

Fancy a houseparty in Italy?


Built by Andrea Palladio
The Villa Saraceno was built in c.1545 (and finished by 1555) for Biagio Saraceno. It is one of the earliest and most modest of Andrea Palladio’s twenty or so surviving villas. Palladio (1508-80) was one of the greatest Italian architects of the Renaissance, whose influence spread across the world in the following centuries. Through his careful studies of ancient Roman architecture, Palladio aimed to recapture the splendour of antiquity.

Read more about Villa Saraceno here
Posted by Peter at 06:30 No comments:


The Mill that we see today seems to have been erected in about 1820, but it probably replaces an earlier mill in a similar position. It was built to serve the big arable farms of the region. The L-shaped building is constructed of whinstone rubble laid in coarse lime mortar, and the dressings are of pinkish brown sandstone quarried form Kilkivan. The roof is of slate secured to 12" wide wooden sarking boards by wooden pegs known as ‘dolls’.

Read more about Tangy Mill here
Posted by Peter at 06:30 No comments:

Recovery from the hip op has rather occupied my life for the past seven weeks. Not only is there the frustration of being unable to bend down or walk without assistance but more disruptive, I have found, is having to sleep on my back. This might not sound serious but after about 90 minutes I want to turn over and that is banned. My solution is to get up and take a short walk to the bathroom and back. Then I usually settle for another 90 minutes. Sometimes, however, things come into my head which I feel need attention. And so it is that a few nights ago I composed this nocturnal exposee

Did he listen to his mother when she sent him out to play?
“Go to the park with Sam and Paul”
“But don't go near the palace wall”

Exactly a week ago to the minute I was woken from a deep and peaceful slumber  in my room at Mercure Hotel in Bingley, West Yorks bu the fire alarm.  So deeply asleep was I that on waking I was completely disorientated.I thought I was at home and could not understand why Margaret had not stopped the alarm. Despite repeated explanations I could not get my head around what was happening. Finding crutches in an unfamiliar room and getting out to the car park was all done in a state of semi-consciousness. The cold night air woke me up as I stepped out in my summer pyjamas.
Fortunately the alarm was set off by someone lighting a candle in their room and not by anything more life-threatening. However, if life had been in danger I seriously wonder if  I would have coped: a corridor full of smoke, for instance, would only have added to my confusion I think.
Two fire appliances attended but were not exercised greatly.
One thing was very worrying: despite bring ingout some blankets for guests to keep warm, no effort was made  at a roll call.
Whether a real fire or a practice surely this is mandatory?
Posted by Peter at 00:30 No comments:

110 years and one month ago the German government adopted the Morse symbol   ...---...   as the distress call for ships at sea.  The code represents the letters SOS but without gaps between the letters.
and often remembered by the mnemonic Save Our Souls. The sequence was not selected for that reason, however but for its ease of recognition: It is the only symbol in Morse with more than eight key presses. Although gaining international ratification the following year there was some resistance amongst Marconi operators to its use. When the Titanic was sinking their Marconi operator intermixed SOS and CQD signals. CQ had been in use on land to indicate an alert or precautionary message and originated in the French word Securite.  Marconi adapted this for use at sea by adding D for distress to the symbol in 1904 but it never gained international recognition outside the Marconi operators. It is believed that the first use of SOS by a ship in distress was the Cunard liner Slavonia in 1910  The correct way to represent the distress symbol is SOS as it is a continuous transmission of nine characters and not the three letters which it resembles.  The sequence ...---... could also be represented in Morse as   VTB, IJS, VGI, or SMB but SOS   seems to have stuck.
With the advent of audio radio communications there was a need for a spoken distress term and in 1927  MAYDAY ( from the French m'aide - help me) was adopted.
Today is MayDay - 1.5.15
Posted by Peter at 09:47 No comments:

Prison for Mary Queen of Scotts

Built in 1580, the main function of Tixall Gatehouse was simply to impress, to show off the wealth and power of its owner. Six years after its construction, Mary Queen of Scots was imprisoned here for two weeks.When it was acquired in 1968 by the Landmark Trust, it was definitely a building at risk. Following the demolition of Tixall Hall in 1927 it had stood abandoned. Its roof, floors and windows had gone, and there was a danger that the walls too would soon begin to fall

Read more about Tixall here
Posted by Peter at 06:30 No comments: