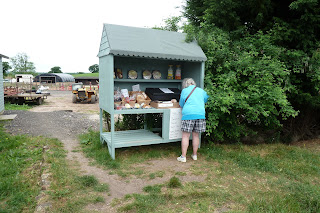 At the top lock we rested by the farm kiosk where we bought home-made pork pie, dry-cured bacon and DIY cream tea. 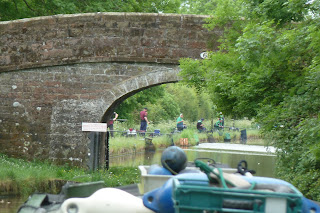 At bridge 68 we entered the hallowed realm of an angling tournament.  Fifty anglers evenly spaced over a mile of canal bank.  Had I known about this we could have cleared out the farm kiosk and sold 50 bacon rolls, returning at 4pm to sell the same number of cream teas.
Progress is understandably slow and when we reached to last angler I told him we had just trawled the course and did he want to buy our catch. This was no more successful than the missed catering opportunities. 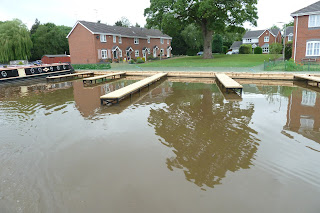 We have not been to Market Drayton for some years and were interested to see how C&RT is improving Toms Wharf mooring since the previous tenant handed back the lease. 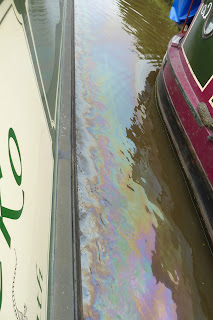 We were less impressed by the diesel spillage which no-one seemed to be clearing. 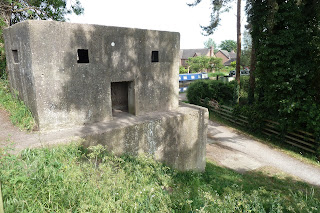 And we discovered another pill box by the canal