A short run today from Brinklow to Hillmorton.
We did get to watch the Commonwealth Games opening ceremony until closing time at the White Lion in Brinklow.  When we entered the pub every one was watching darts on the TV or playing table skittle s- throwing cheeses at wooden pins. Our enquiry regarding our own choice of programme gave us a room and TV to ourselves. And the beer was good too. 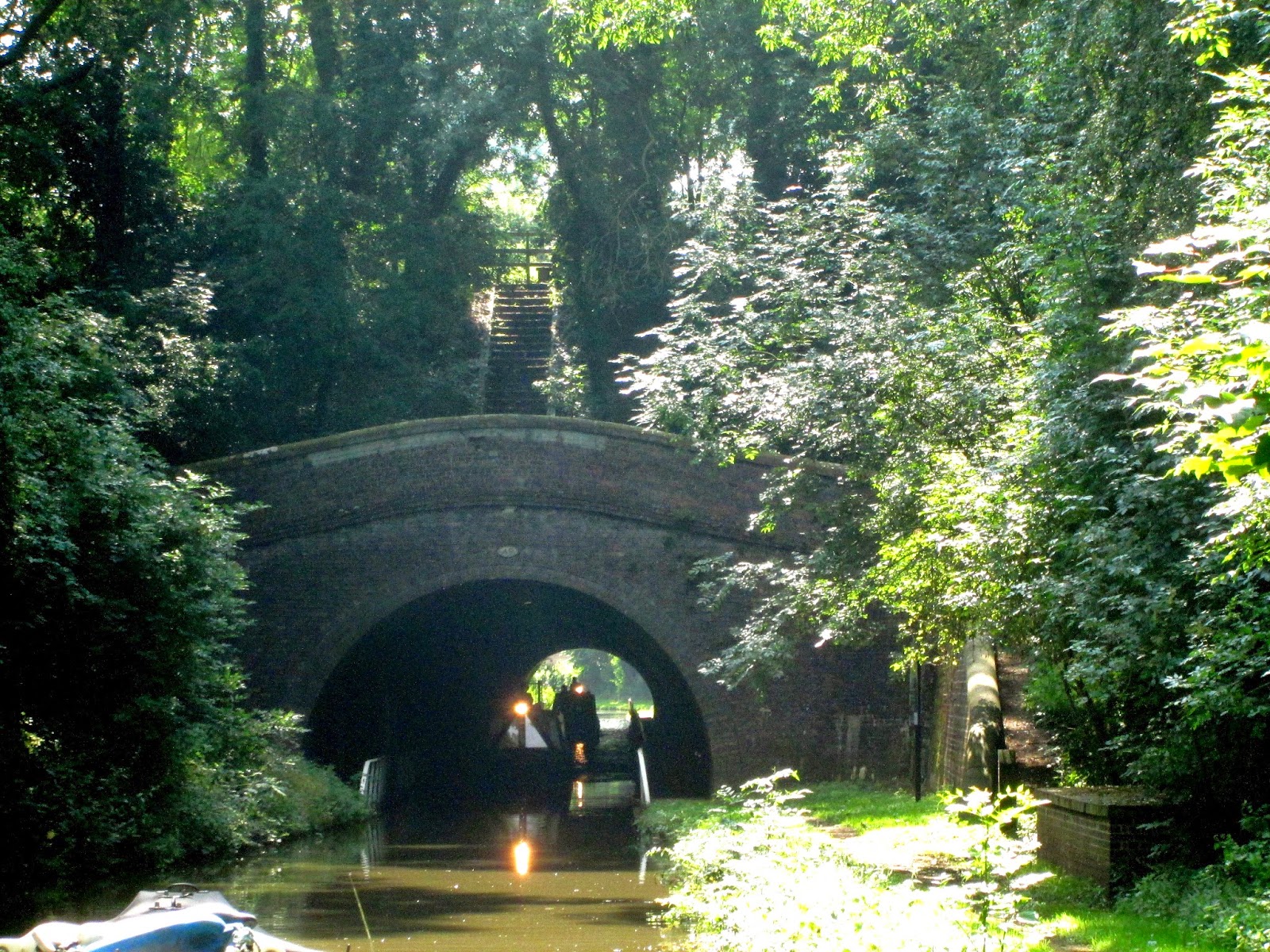 As we approached the very short Newbold Tunnel the boat in front of us had nearly reached the other end and we could see a boat waiting to enter so we stopped.  In the event there were two boats coming through. Although the tunnel is technically wide enough for two-way traffic it is so short that a de facto one-way system has evolved.
When we, in due course, were about 20 yards from the exit a boat came racing up to the tunnel with no apparent intention of waiting for us to emerge. As I was driving in the centre of the channel evasive action was not immediately effective and five yards into the tunnel he hit us whilst shouting about it being a two-way tunnel.
It seems to me he would be happier in a car where that sort of behaviour is more common I understand.
Posted by Peter at 17:04