Festival Time in the Midlands

Due to the problems with our engine overheating we were too late to join the Cutweb Rally at the Blue Lias. 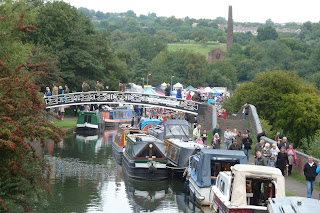 Instead we went through Netherton Tunnel to Bumblehole for the Black Country Boating Festival.  Saturday was sunny and  we enjoyed meeting so many boating acquaintances and the thousands of visitors.

Many of the boats had spent the previous weekend at the Withymoor Island Gathering. 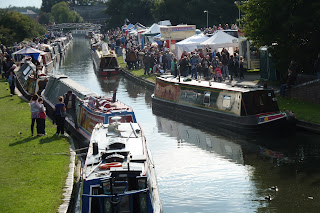 Some were moving on to the Tipton Canal Festival next weekend which this year features a Canal Photography competition in memory of John Whitehouse.


We left early on Sunday as the weather was degenerating and we were still taking things easy with the engine.  As we arrived at Factory locks the BCN tug Bittel followed us up the short flight and into the Black Country Living Museum in preparation for the Historic Boat gathering in two weeks time.
Posted by Peter at 22:45