Two weeks ago we packed away our summer clothes and put the heating on.
Today the sun was shining again and we went out for the day. 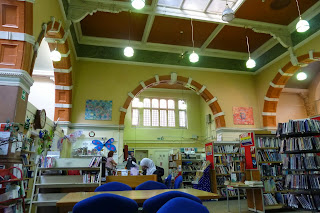 Our first stop was the Balsall Heath Library which is an impressive Victorian structure  with equally impressive helpful staff. My mission was to borrow some books on the contemporaneous Moseley Road Baths next door. These were opened in 1907 and share many design features with the Victoria Baths in Manchester. See my blog from 2010

Unlike Victoria Baths in Manchester where there were three pools, Moseley Road only has two. Women, both first and second class, shared one entrance but went their separate ways once inside the building. As with the men, slipper baths were provided for each class. 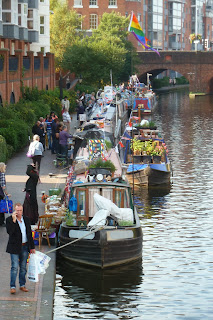 Next stop was Birmingham city centre to visit the first floating market comprising roving traders from the canals.

After a coffee and sandwich we took the train to Tipton (£2.95 return!) where we popped into the library to view all the photographs entered  for the John Whitehouse Memorial Competition before walking along the canal to the Black Country Living Museum. We had two reasons for visiting the museum for the fourth time this year.  Firstly we won a voucher for free entry to the Dudley Tunnel Trip and secondly the Historic Boats Gathering was taking place there. 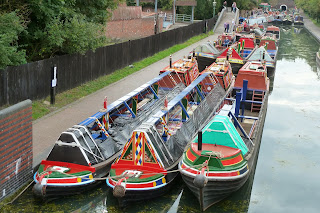 About a dozen boats were moored outside the museum  in the Dudley Tunnel arm. 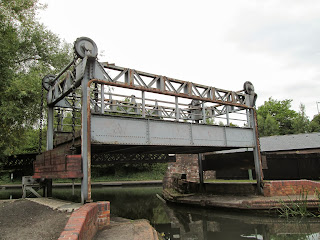 For other boats to enter the museum wharf and lime kiln arm the lift bridge had to be raised which I have not seen before.

This also allowed boats to escape too. 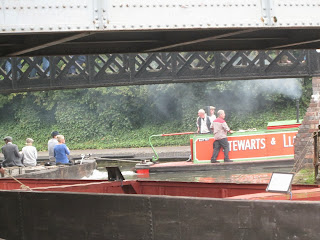 John Pattle executed a remarkable turn  in his tug Pacific towing a butty of passengers which drew applause from the onlooking visitors.


Originally 13 construction shafts were sunk but all but three have now been filled in.  Water percolating through the limestone creates colourful deposits in these shafts and down the tunnel walls.


By the time we had taken the last tunnel tour of the day we were getting tired and we walked back to Tipton Station for the train to Birmingham New Street. 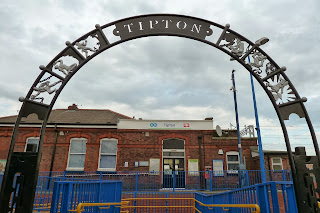 The station entrance for platform two  is spanned by an arch depicting local industries. 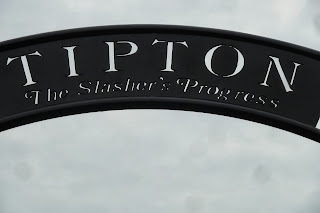 Platform one - for Birmingham - is approached under a similar arch where the sculptures recount the life of William Perry, the Tipton Slasher.

Once we arrived at New Street we decided to eat out as we would arrive back at Gecko rather late for cooking. 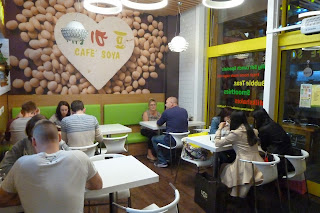 Behind New Street station is Chinatown where we have eaten a few times.  On this occasion we did not fancy the buffet and chose instead to try a little noodle shop which was half full of Chinese diners which we felt augured well for the food. If you have eaten in China, as we have, the usual fare of sweet sauces is rather jading.  The Cafe Soya  on Cathay Street is quite unlike this. The food is simple, authentic and served with quiet competence. Quite a revelation and a splendid close to our busy day.
Posted by Peter at 23:19