Yesterday the largest lending library in Europe had its grand opening. 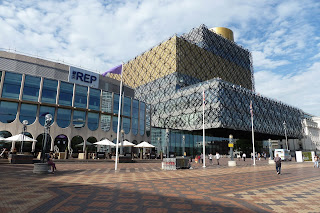 Yes Brum has at long last abandoned the Black Hole of Calcutta that used to be the city library.  It cost £180m and houses over 1,000,000 books.  To reflect Birmingham's industrial heritage it has been built wholly from bed springs. 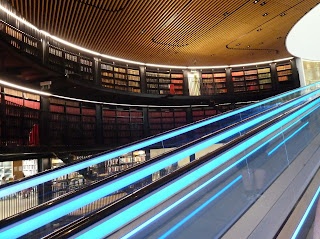 Inside is a different story.

I would sum up the interior as a fusion of ancient and modern. 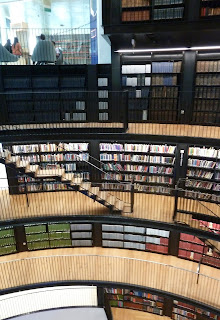 Blue strip lighting and travelators rise up through the centre of a rotunda around the walls of which are weighty tomes. These can only be accessed by negotiating steps from the floors above.

I suspect these are  actually only available by appointment as the general lending books are on more utilitarian shelving.


Features of this new building are the outside terrace on Level 4 where there are seats and plants ,and the secret garden on Level 7 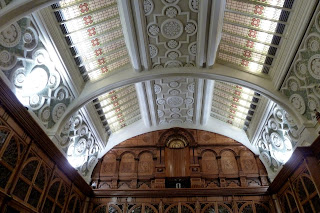 Access to Level 9 was restricted today to prevent overcrowding. This houses the Shakespeare Memorial Room which has been transferred from the old library and an enclosed viewing platform.  There is some very fine original woodwork and meticulously recreated plaster and glasswork. 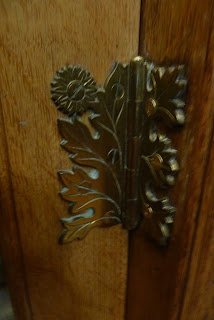 Not forgetting the fine examples of Birmingham metalwork

One thing did puzzle me.  The ground floor is referred to as Level 1  rather than the customary British convention. This leads to an odd situation with the lifts.  The floors are displayed as  L1, L2 etc but the basement is LG.

In the event of an emergency evacuation might this lead to confusion??
Posted by Peter at 22:48