After five months in Aylesbury basin we set off at 9am today and negotiated the six miles and 16 locks up the arm to Marsworth, where it joins the Grand Union main line.


The Aylesbury Canal Society is very strict in enforcing the canal regulations so I had to have my hair cut before leaving. 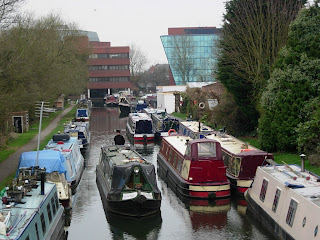 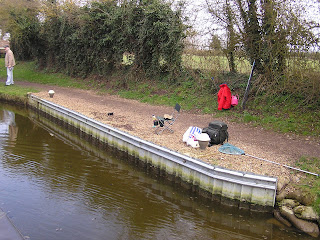 At several locks BW have installed these fishing points with  dinky little black and white seats.  One would usually expect a landing to tether the boat whilst preparing the lock but these are only 30ft long and are apparently for the use of anglers.


As a special treat we had dinner at the Anglers' Retreat which was very good. We both had the steak pie which arrived with proper pastry (not the inflated stuff) and nine different vegetables.  I think Home-made actually means what it says at this pub. The White Swan appears to have closed down which is no loss to us as we never used it anyway, preferring the more homely atmosphere at The Anglers. (and the superior food)
Posted by Peter at 22:01