Smoke on the Water

Boats seemed to leave Cropredy in waves this morning. When we arrived at the first lock there were five of us in the queue.After that initial delay, progress through subsequent locks was more evenly spread as we arrived at 15 minute intervals. Not quite as sunny as yesterday but just as windy. 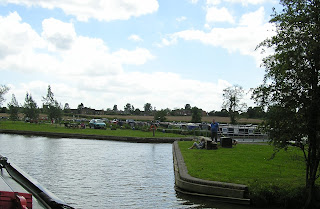 The marina in Cropredy has been constructed since our last visit. With 249 moorings (currently) I expect it has an impact on traffic in the season but we encountered no adverse effects. 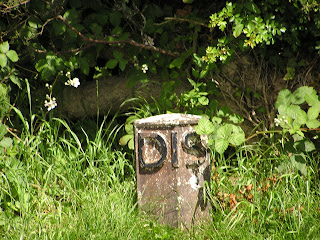 We did encounter a few DIStance posts in varying levels of condition. These were installed equidistant from a lock and when a working boat reached the post from either direction they would crack their whip to indicate that the lock was theirs. In the days of motorised craft, they blew the horn. 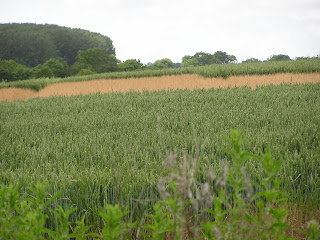 This field puzzled us: patches of the crop appear to be dead. The regular and geometric pattern indicates that this is deliberate. But why would a farmer deliberately kill patches of his crop?
After consulting out agricultural advisors the suggestion is that there may be an infestation such as blackgrass. In this case the farmer might decide to kill everything in the area for the long term benefit of the field. 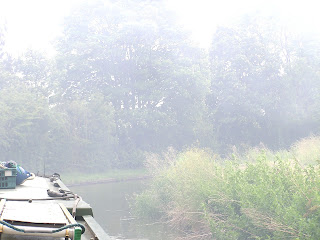 However, other activities on that farm were not beneficial to canal cruising.
Of course we did meet an oncoming boat here but had no spare hands to photograph the encounter. And, yes, it was pale grey.