Torbay or Not Torbay ? 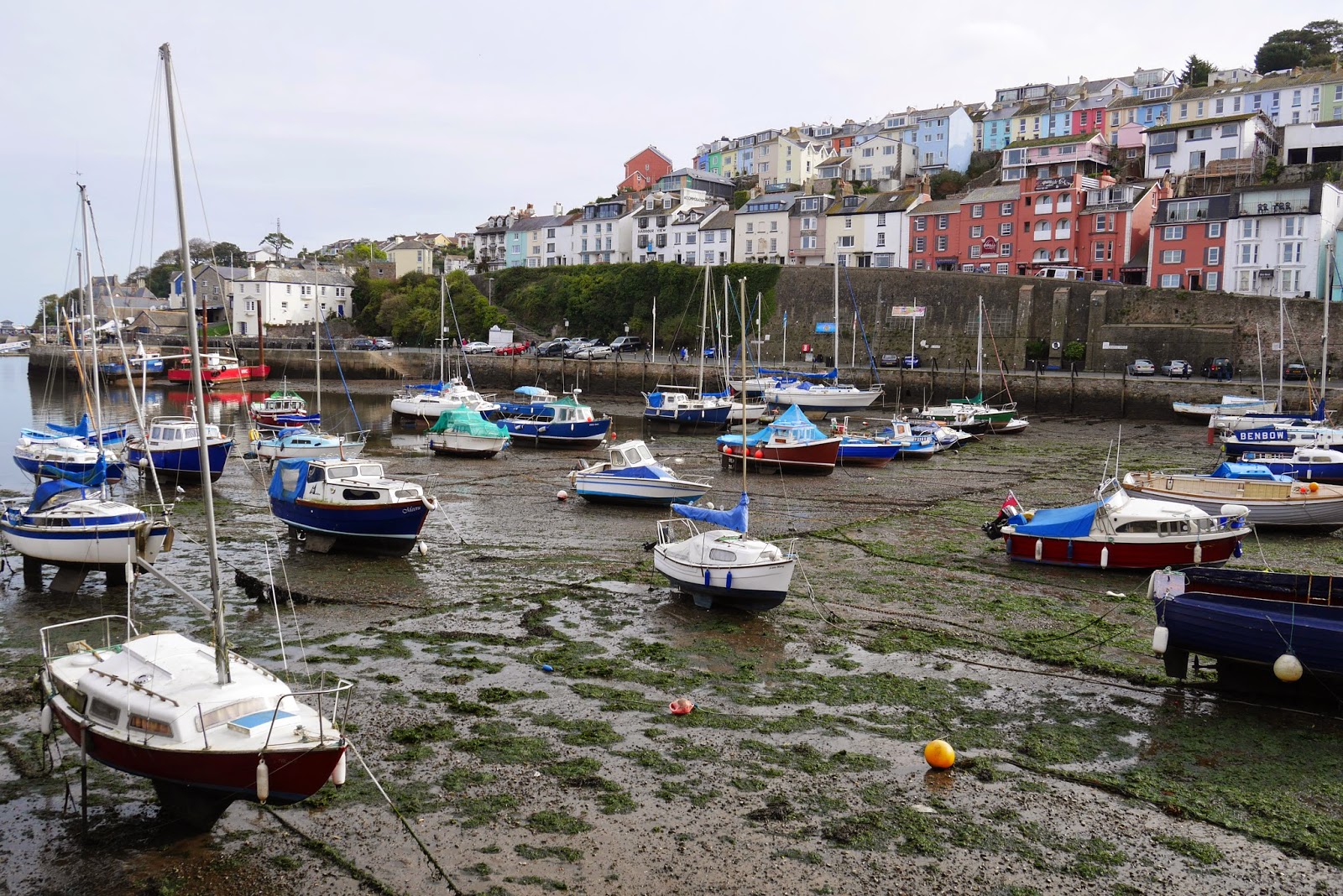 The picturesque fishing port of Brixham, that has changed very little over the 40 years that I have been visiting it 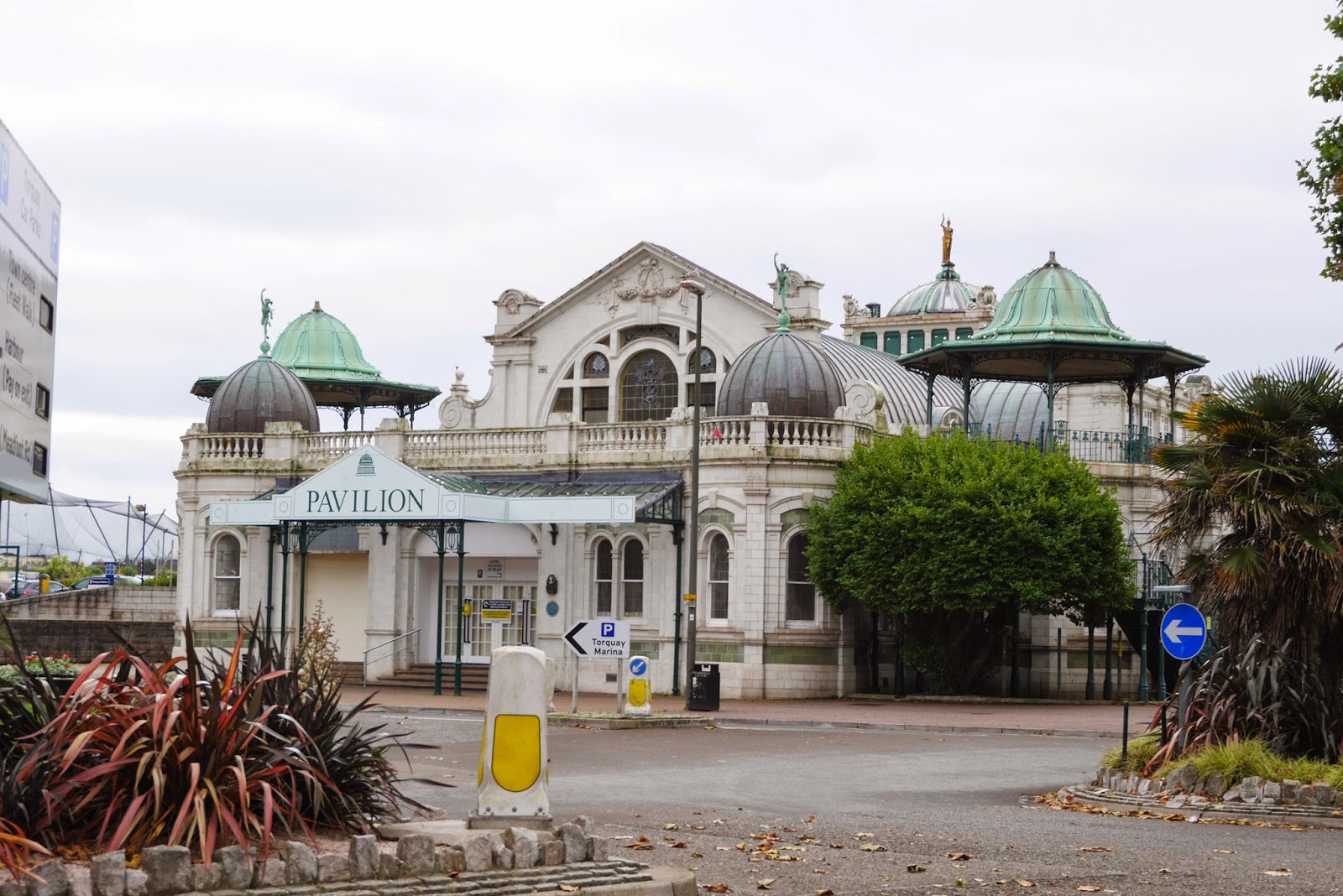 The parts of the town centre which have not yet been overrun by tacky arcades are boarded up awaiting redevelopment.

Paignton has never harboured pretentions above its status and can be quite attractive at night
If you want to get away from Grockledom and meet real people, it is possible within Torbay. 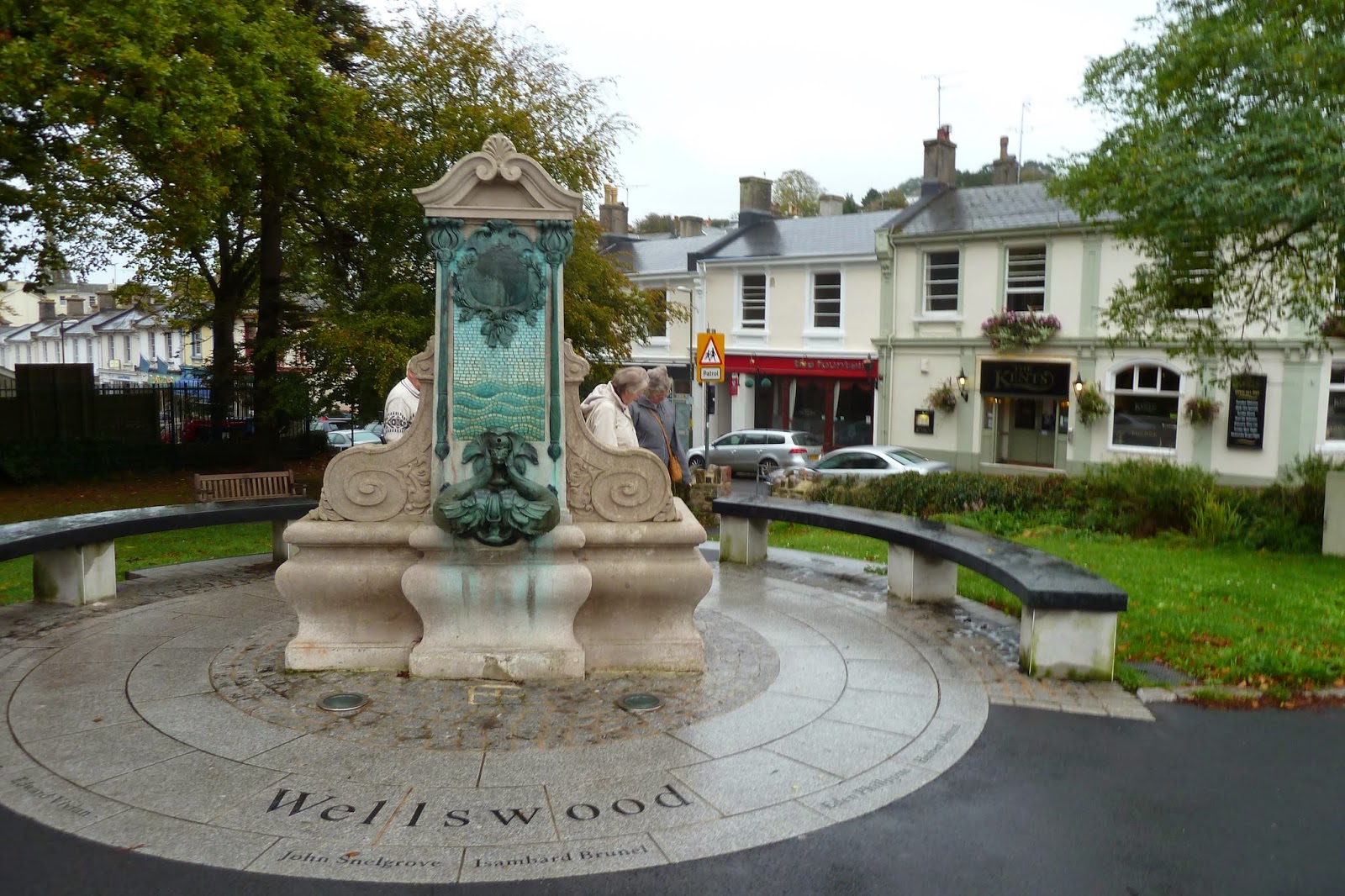 Head for Torquay and take the road out to Babbacombe and before you get there look for this monument on your right.Turn right just before it and you are in Wellswood 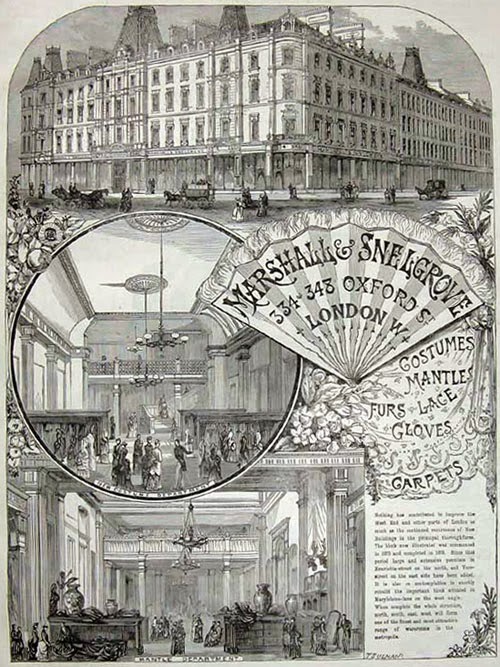 The memorial commemorates John Snelgrove who lived here for about 20 years after retiring from Marshall & Snelgrove, the department store group which formed the basis of Debenhams Stores today.

Around the base of this drinking fountain are commemorated seventeen luminaries connected to the area.
Oscar Wilde completed A Woman of No Importance whilst supervising rehearsals for an amateur production of Lady Windermere's Fan at Torquay's Royal Theatre.
Mike Sangster - the man with the 150mph serve - lived here and set up a sports business in Torquay when he retired. He died of a heart attack whilst playing golf aged 44.
Bishop Henry Phillpotts was a PR disaster zone throughout the first half of the nineteenth century. After opposing the enlargement of the electorate, he fled his parish of Exeter (with his 18 children) during a cholera epidemic and settled in the safety of Wellswood . Here he built an Italianate palace overlooking Ansty's Cove and continued to make himself unpleasant until his death there aged 91.
Isambard Kingdom Brunel, during the building of the South Devon Railway from Exeter to Plymouth,   purchased land along the coast here and built a house. He lived there with his wife for the last ten years of his life
Peter Cook  the comedian and founder of Private Eye was born  in Torbay and married his third wife there. They lived in Wellswood until his death in 1995
Others include:
Herbert Minton- fine china manufacturer
Beverley Nichols - actor and writer
Arthur Harrison VC
Percival Fawcett -the inspiration for Arthur Conan Doyle's hero in The Lost World and possibly also for Indiana Jones
Oliver Heaviside  - bitter at the lack of recognition for his scientific work, he was eventually immortalised by Andrew Lloyd Webber in the penultimate song of the show Cats - Journey to the Heaviside Layer 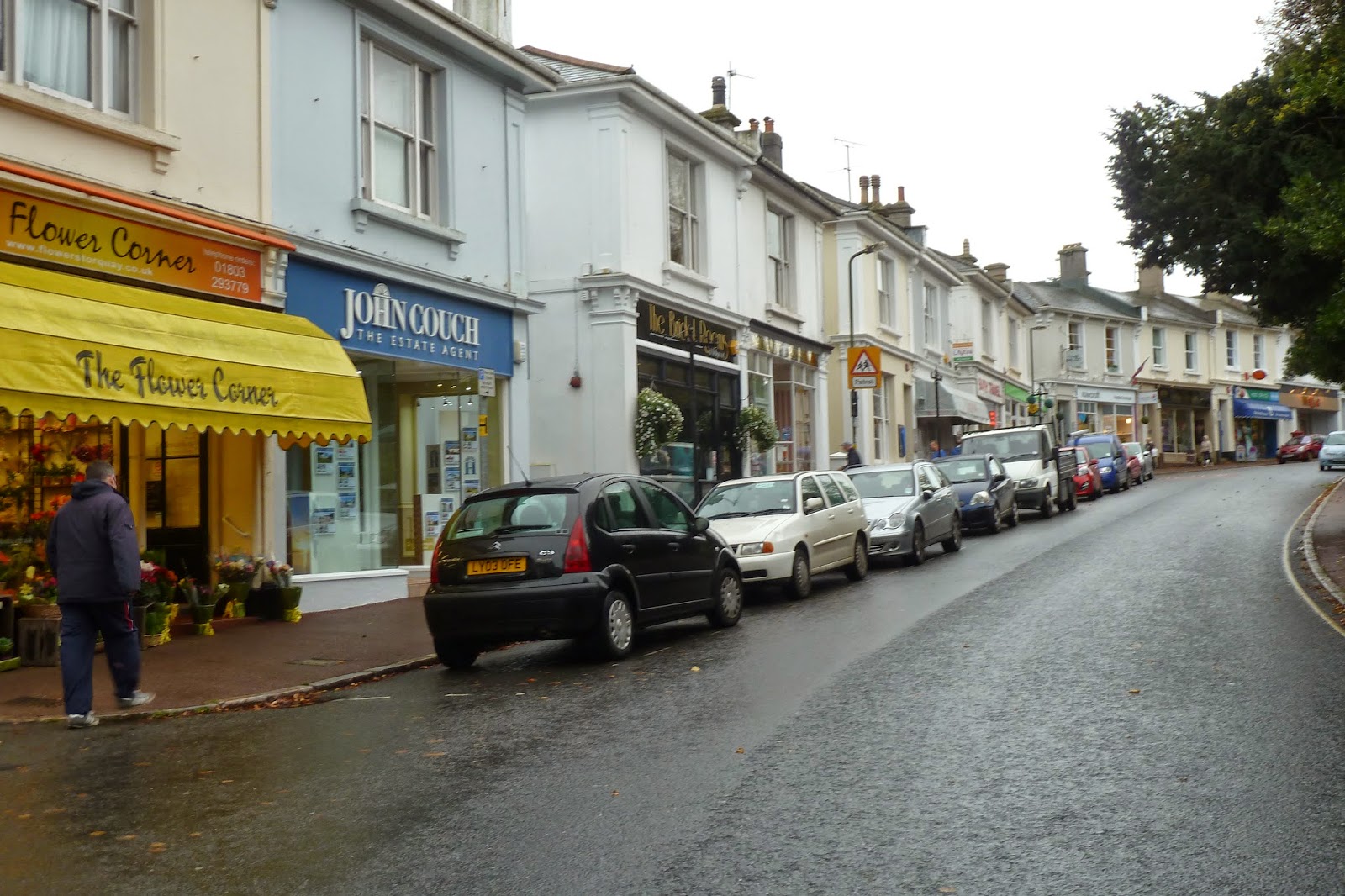 Of course the reason for visiting Wellswood is not the past glories but its present ones. This is a village within a town with all the shops necessary for a comfortable life - butcher, baker, coffee shop....
and all independent. 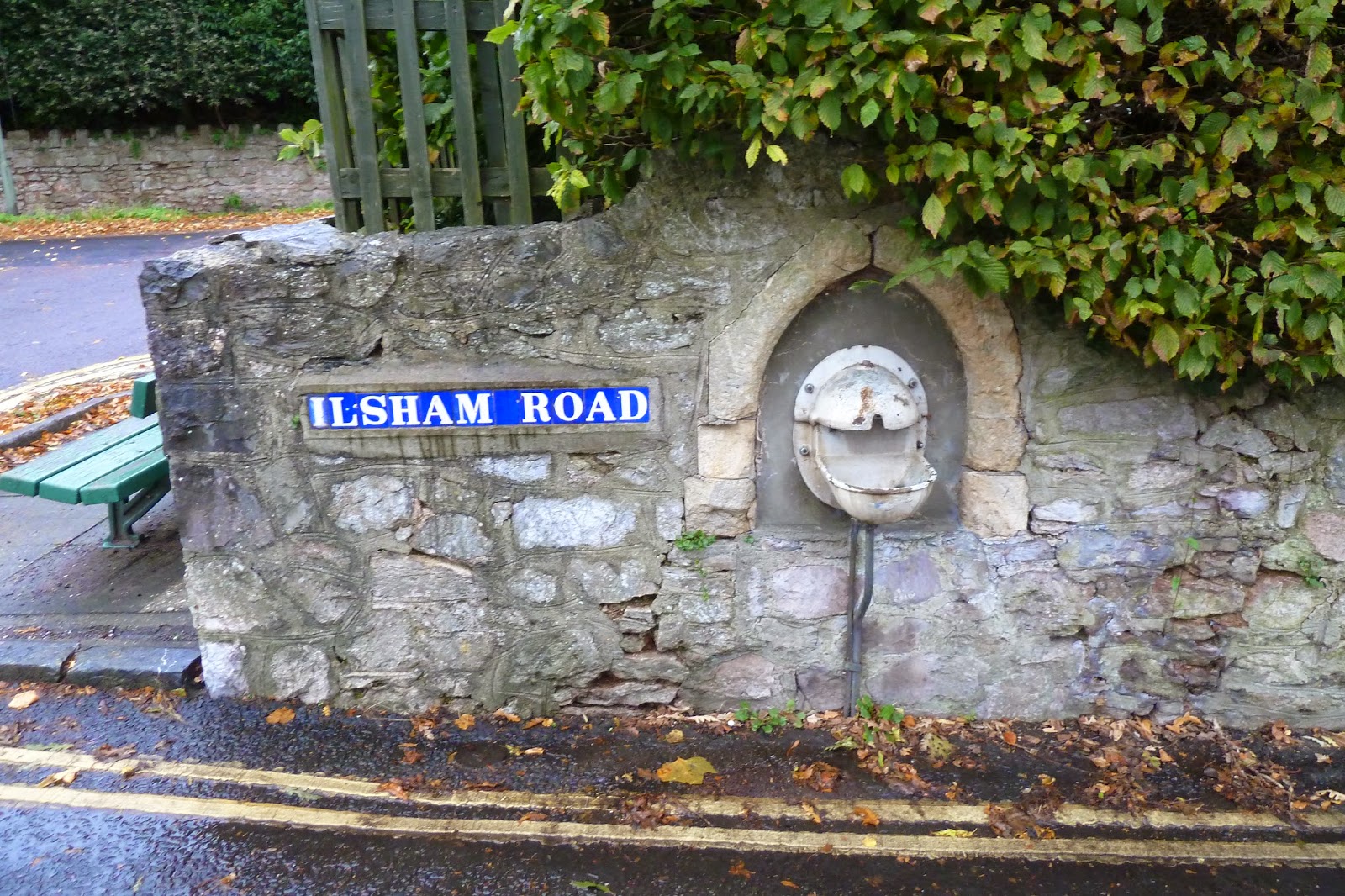 There is a local identify which is quite apparent whenever you get talking to a local resident. 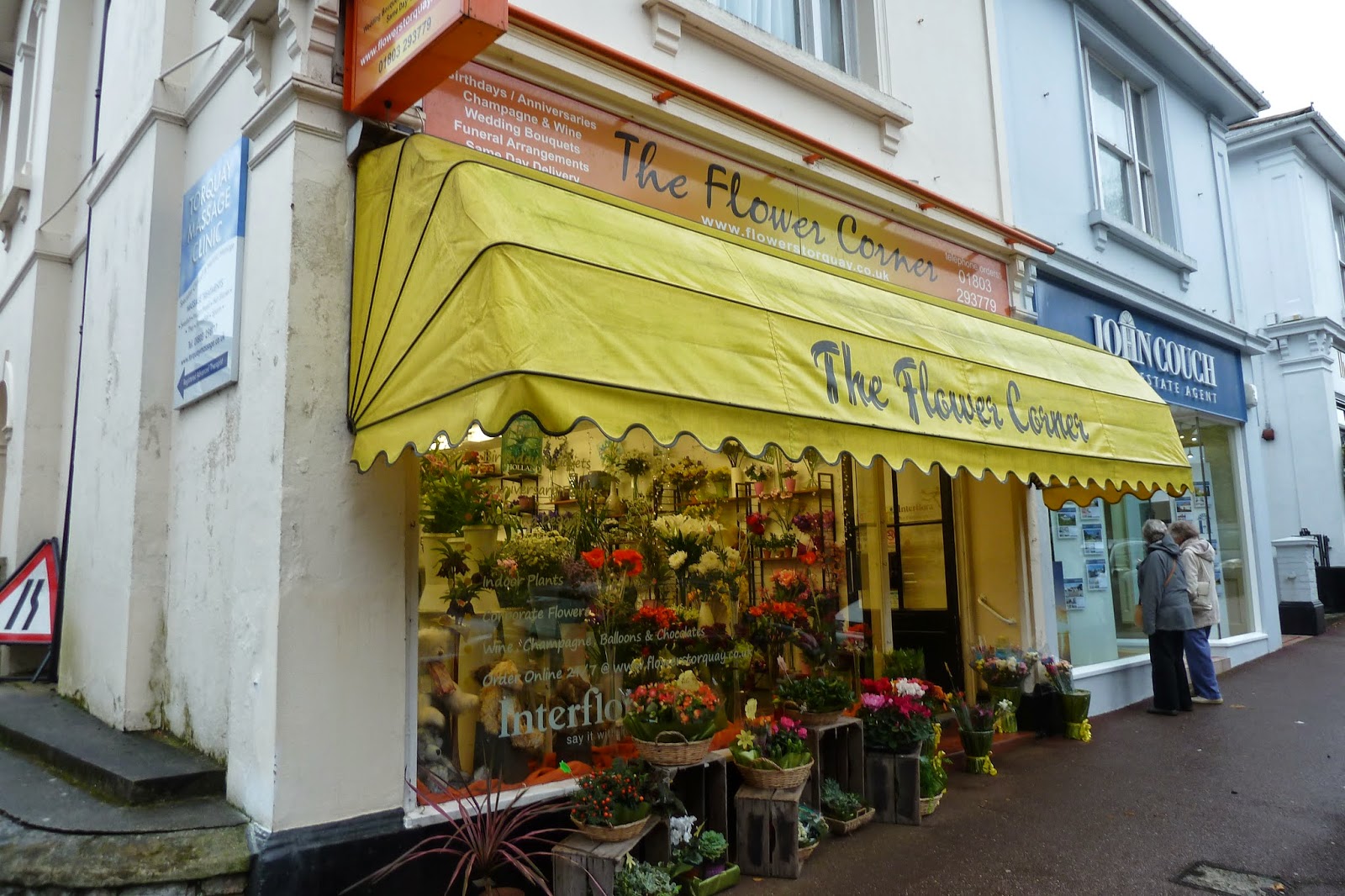 The flower shop is a good example.  It has been here for years and when the owners retired it was bought by another local who already had three shops around Torbay. Unlike the other shops, the name here has not been changed.