One of my first jobs in commerce was as book-keeper  for a small coach-builder and body shop.
The glamorous side of the business was building custom Mini-Sprints for Neville Trickett  whom I met at the time.  These amazing cars were about 3" lower than the original mini and with Neville's engine and transmission modifications were spectacular to drive.   I recall one vehicle we built for a customer in Paris on which we achieved a 7" reduction in roof line. In addition to cutting down the bodywork we lowered the suspension and spaced the wheels adding spats to the wheel arches.  As a passenger on a test drive from Berkhamstead to Hemel Hempstead we hit 130mph  on the old A41. The owner was particularly concerned about driving such a low car in Paris that we had to arrange for the headlights to flash in unison with the direction indicators.
This work, whilst profitable , was irregular and crash repair work provided the bread and butter income.  The company developed a niche in replacing windscreens.  In the 1960s toughened glass was used for the majority of windscreens which shattered into small hexagonal fragments on impact.  In the days before seat belts this  was preferable to laminated glass which, if your head penetrated it, would close up onto the neck. This work was also irregular, peaking during the road-surfacing season. I suggested that we could even out these demand fluctuations by siting an air rifle locally. This suggestion was not adopted. 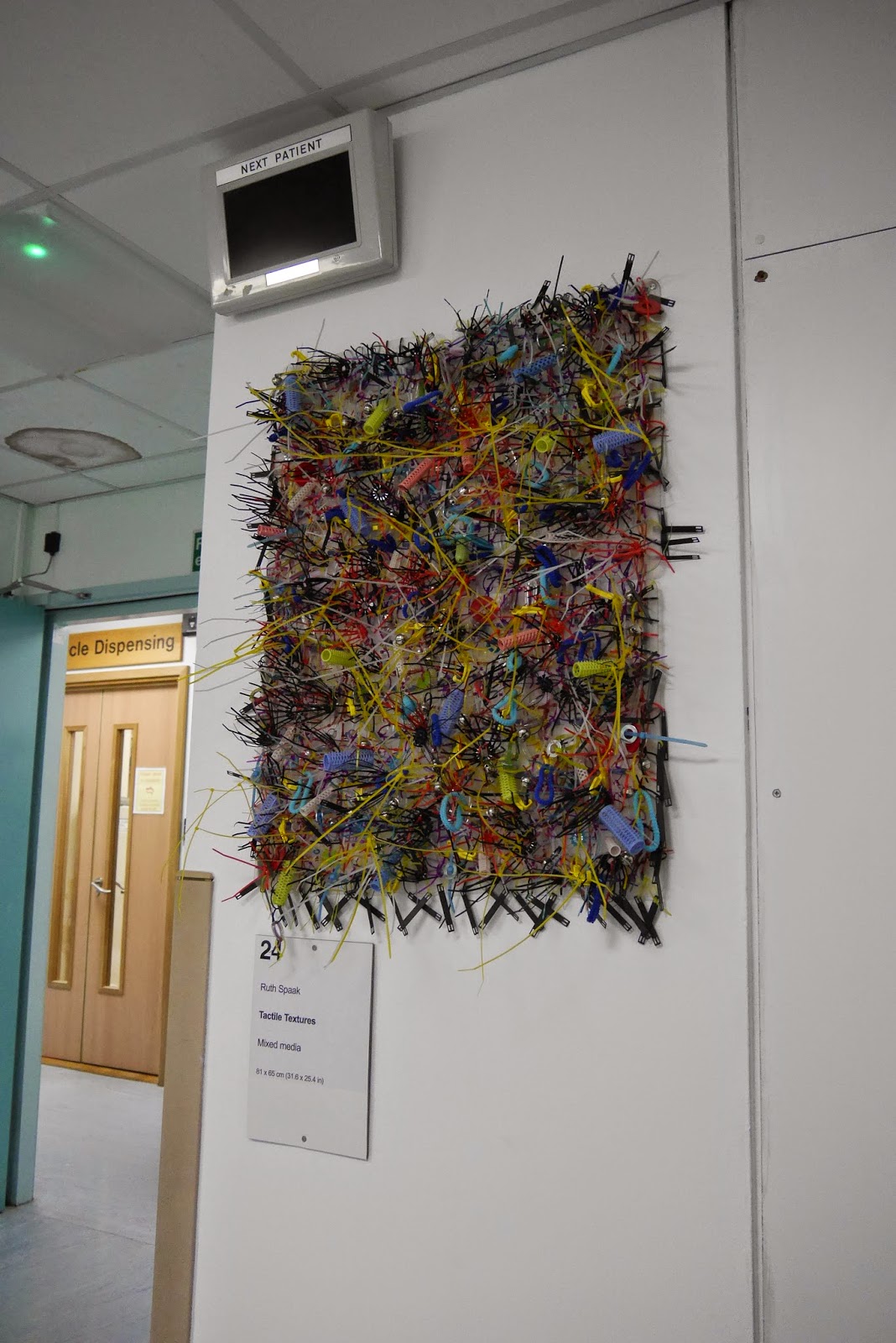 On my last visit to Moorfields Eye Hospital I noticed that they had adopted a similar approach wit this art installation deigned to poke your eye out as you approach the corner.

At this time of year this kind of work creation is not necessary. When I spent Xmas in Moorfileds some years ago A&E was kept very busy over the holiday period with one particular problem - Champagne corks hitting the eye.
Posted by Peter at 11:42