Another attraction of the 19th arrondisement is the third largest park in Paris after Tuilleries and Parc de la Villette. Prior to 1860 this was not in Paris: it was annexed by Napoleon III who commissioned Haussman to transform this disused gypsum quarry into one of the most interesting places to spend a morning. 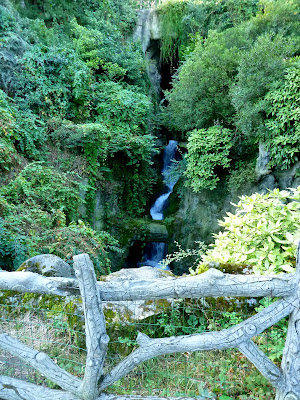 The 61 acres are laid out with Chinese and English gardens, a grotto, a waterfall and a clifftop temple. A suspension bridge links the island to the rest of the park. 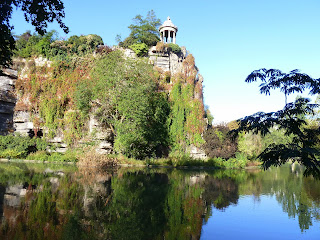 On a Saturday or Sunday morning it is not unusual to find Tai Chi exponents near the temple accompanied by taped Chinese music. (I was recently asked what taped music was which brought home to me the speed of technological change) 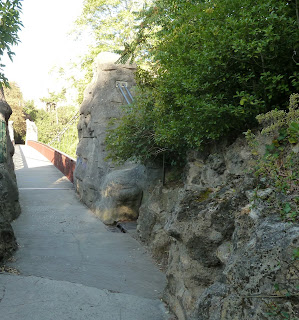 One notable aspect of this park is that it is completely artificial - the grotto, waterfall, cliffs and even the 'wooden' steps and fences. This does not detract from its charm in my view and occupies second place in my list of Paris parks behind Parc Monceau. That, as they say, is another story. 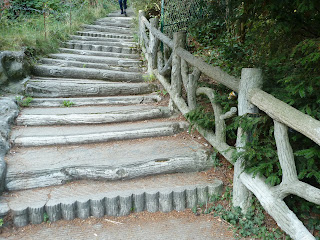 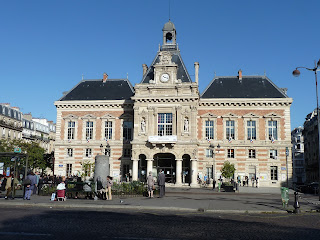 If you leave by the main gate, taake a few moments to savour the marie of the 19th opposite you.
Posted by Peter at 07:30