The accuracy of weather forecasts are a constant element of any conversation in Britain; sometimes they are the only element. Yesterday, despite a forecast of a dull day we had a scorcher: I put my shorts on for the second time this year. Last night we were promised a month of rain in the next 24 hours, ie: four inches.  I think this time the forecast might be correct. What is more, BW seem to believe it too.  This morning a man arrived to open a drain from the canal. Unfortunately when he wound the paddle up no water came through as the outlet in the bed of the canal was blocked. (Lack of maintenance?) 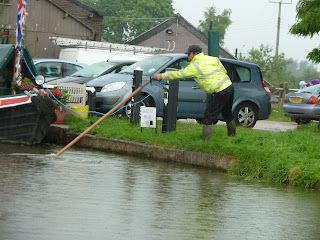 In the torrential rain this guy tried to clear the drain.

After about 30 minutes he changed technique and brought in the pushtug  Stork. 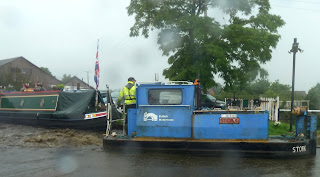 By holding the bows on the bank and engaging full ahead he hoped the turbulence would dislodge the blockage. 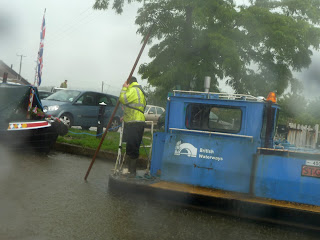 Finally it was back to the trusty rake. 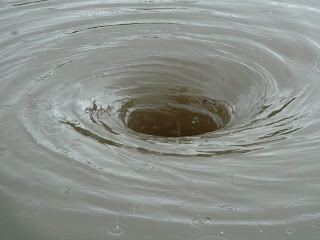 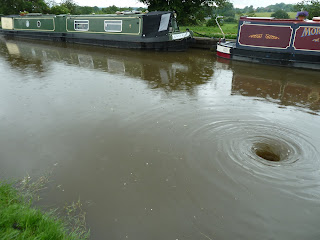 One casualty of this operation was a duckling who ventured too close to the vortex and disappeared.

We think the poor fellow survived but the mother has been unable to retrieve him/her.
Posted by Peter at 12:02