Day 2 - Feb 4
Married women should visit their parents today and husbands must accompany them.
It is customary to take a red envelope containing new money for the parents and other relations who will assemble for lunch.
Remember not to drop your chopsticks or to mention FOUR anytime during the new year period. (the Mandarin for FOUR sounds like the word for Death)

What is your Chinese Zodiac Animal? 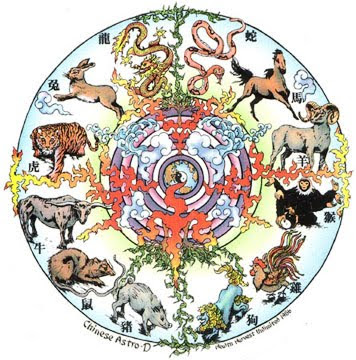 If you are a Rabbit
People born under the sign of the rabbit are traditionally thought to be gentle, sensitive, modest, and merciful and have a strong memory.
Rabits are compatible with: