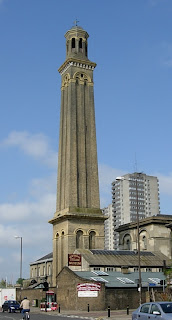 Water Music
When the Grand Junction Canal Act was passed in 1793 it authorised the Company to build a canal for the transport of goods. Boats were not the only thing the GJCC was authorised to transport by canal - the Act permitted them to channel water to London. This was to come from the Rivers Colne and Brent and from a reservoir in Middlesex. In 1811 the Grand Junction Water Co. was formed to improve the quality of water available in London.This was unsuccessful as the water was judged to be of poor quality and supply was inadequate so GJCC built a pumping station near Kew Bridge in Brentford to extract water from the River Thames. From the middle of the river, not far from Chelsea Hospital the water was pumped six or seven miles to Campden Hill reservoir near Notting Hill This was accomplished by two Boulton and Watt beam engines. The water was also pumped into the 200ft high water tower to provide pressure for local consumers. Filtration was carried out in beds behind the building pictured. These have succumbed to redevelopment as can be seen in the background but the pumping station is now the Kew Bridge Steam Museum where they regularly demonstrate various steam engines. 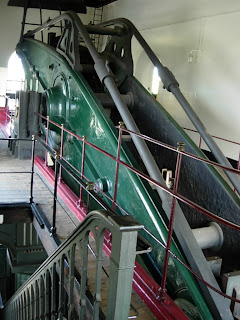 The 90 inch model has been restored 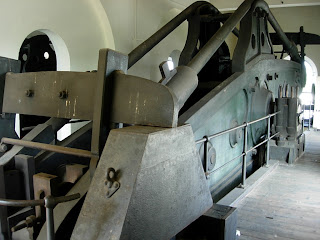 The GJCCwas not solely concerned with maintaining the six million gallon reservoir - it also catered for the man in the street as this drinking fountain in the churchyard on Brentford High Street illustrates. 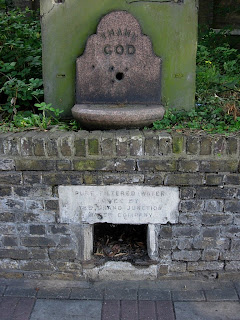 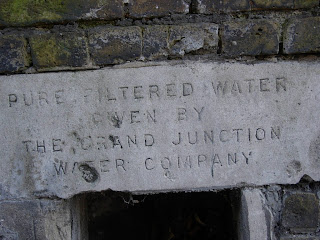 Just along the road from the Steam Museum is the London Music Museum. 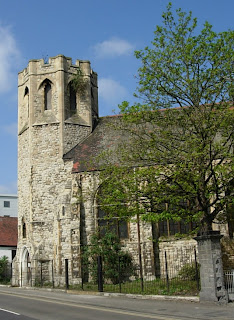 This is not the music museum - it used to be.
Now it is housed in a new building looking like a branch of B&Q.
Somehow when all the keyboard and mechanical instruments were crammed into this little church it seemed more cosy than the new spacious surroundings. Demonstrations are given regularly on a selection of the instruments, inducing the Mighty Wurlitzer, which is fascinating.

I have been asked(?) by she who must be obeyed to add that whilst the new building is less attractive externally, the absence of damp and the new facilities inside the warehouse provide a far superior experience.

When SWMBO gets her own blog I shall be happy.