We have seen a shift in shopping habits since the financial crash. The stagnation of income coupled with the increase in spare time has resulted in shoppers forsaking the weekly bonanza at the hypermarket in favour of more frequent and smaller shopping trips.  The winners in the high street have been Lidl and Aldi at the budget end of the market and Waitrose at the other end. All the major supermarkets are losing market share to these three companies who  never subscribed to the giant out-of-town craze. 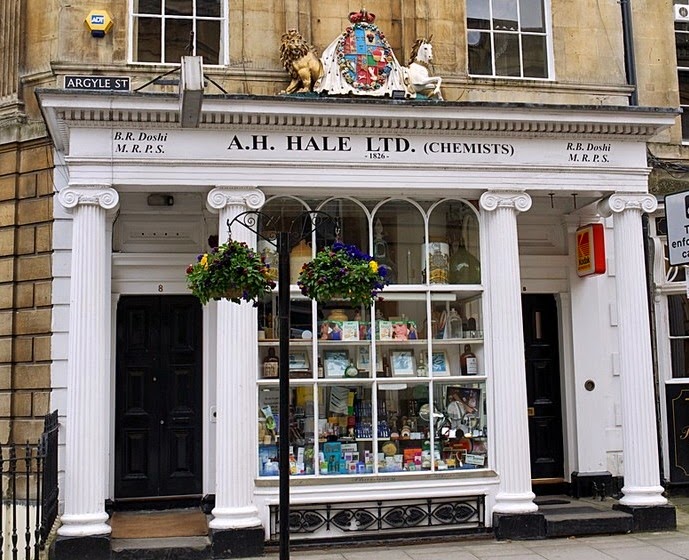 We have noticed on our travels around the country that two retail businesses have survived the supermarket invasion - pharmacies and small hardware shops . An example of this is A H Hale, the pharmacy in Argyle Street  in Bath.. In addition to offering all the modern services, this shop has retained a range of products which my grandparents would remember. The hand-sawn combs of  Kent and the marvellous hair brushes of Mason Pearson are on display in their ever popular window.
Waitrose is well known for its Royal Warrant as grocer to the queen.  This system of royal patronage has been around for centuries and is awarded to companies who have provided an exceptional level of service to the queen, Prince Philip or Prince Charles for at least five years.  The Queen Mother, for whom that title was created, also awarded her Royal Warrant, notably for gin and ham. There are about 800 warrant holders at present and they cover every conceivable area of commerce.  When the Queen Mother died  a warrant holder I know was reminded that he could only use the "By appointment to..." for a further five years when the privilege would lapse. I assume this time limit applies to the other  royal warrant givers. 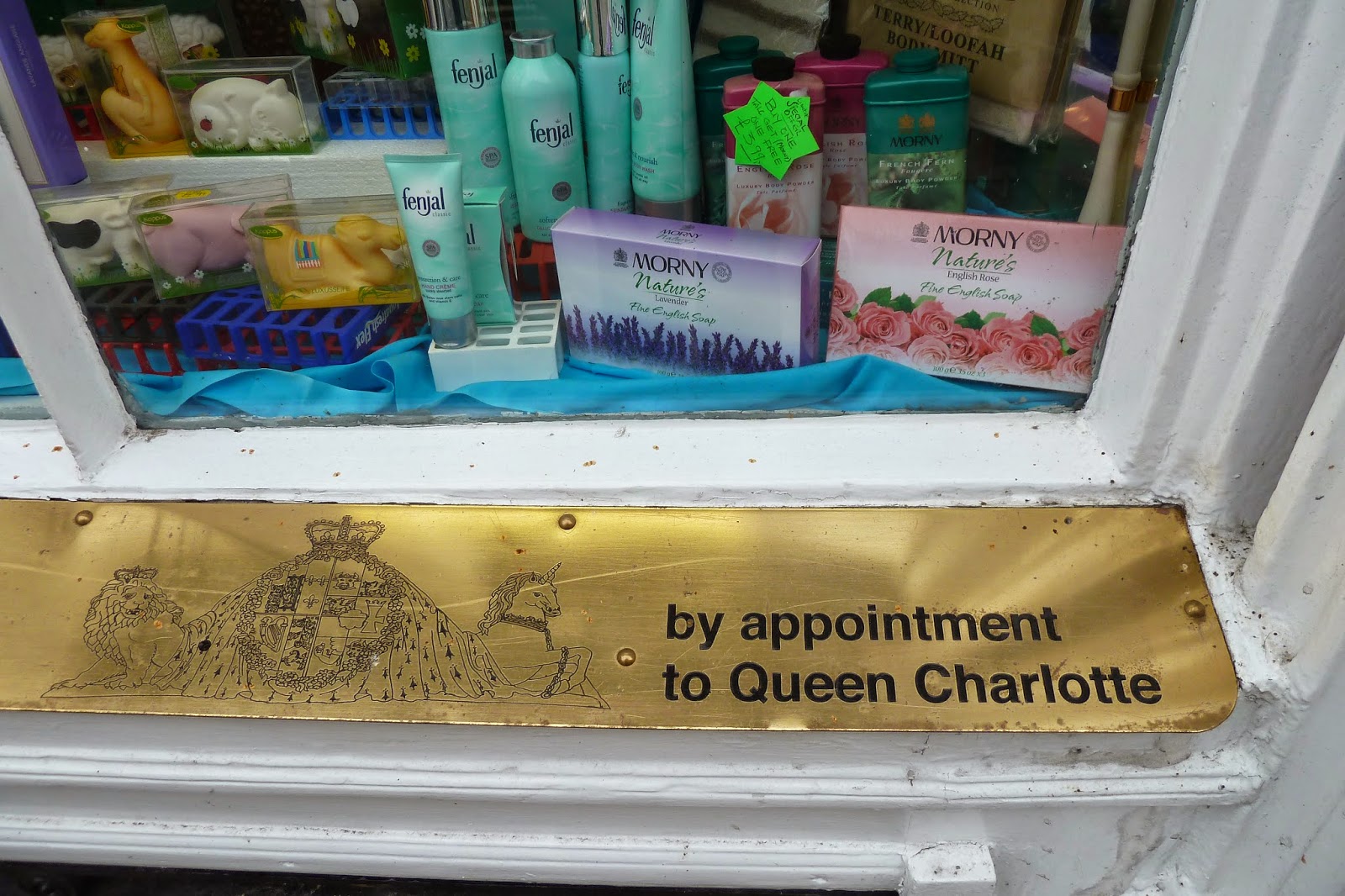 A H Hale displays a crest over the shop and below the window is the statement
by appointment to Queen Charlotte
Whatever the rules 300 years ago I can't help wondering how valid this claim is today.