I have been taken to task for denigrating Middlewich and I feel perhaps some redress is called for. One saving characteristic in an otherwise uninspiring town is that not all the interesting buildings have been demolished yet and many have found new uses. 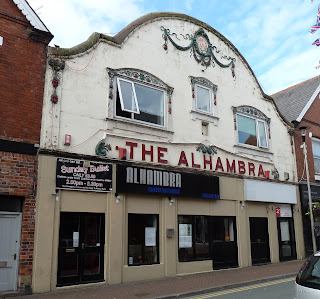 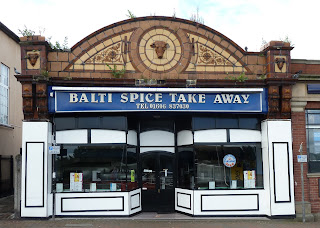 The Alhambra has found a new life as a Chinese restaurant which we have not eaten in yet. The building is in need of some TLC but at least it is still standing


Next to the Tesco Express and opposite the Bull Ring where bull and bear baiting took place until 1834 this balti house occupies what must have been a butcher's shop.

The Bull Ring used to be called King's Mexon .  The term Mexon  I believe may have refereed to a muck heap but if so would be at least 500 years old. (the term, not the dung) 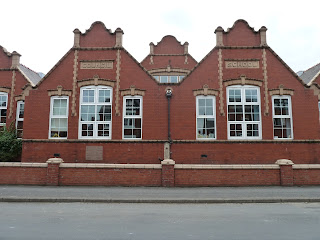 The Council School no longer houses Junior Girls and Junior Boys in separate wings but is, in fact, now a secondary school. It is certainly more pleasing on the eye than the ubiquitous concrete and glass constructions of the 1960s and 1970s. 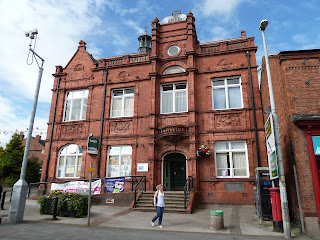 Built a little later, in 1897,  and sited more prominently in the main street, this magnificent structure housed technical schools and a free library.


The breadth of the skills taught are apparent in the  sculpted panels on the front of the building. 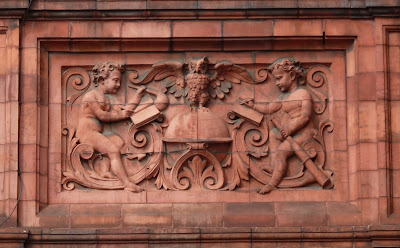 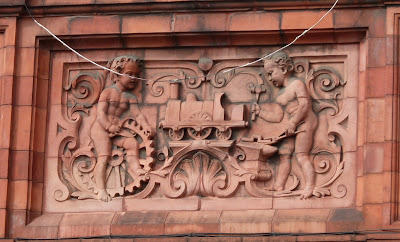