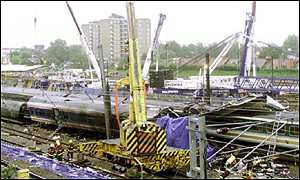 Tomorrow will be the tenth anniversary of the tragic railway accident near Ladbroke Grove and I expect that the various arms of the news media will commemorate it in some way: 31 people died and over 400 were injured. The subsequent enquiry found Thames Trains and Network Rail each guilty of breaches of the Health and Safety at Work Act and they were fined £2m and £4m respectively.

When we were in London in May this year I visited the area and walked down Barlby Road.
In 1903 the Earl of Shrewsbury established his Sunbeam Talbot company here in Ladbroke 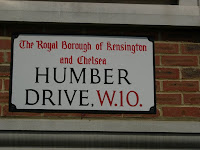 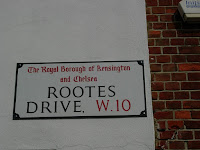 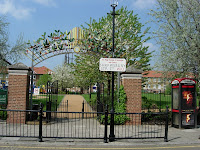 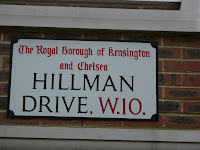 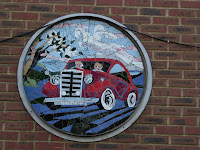 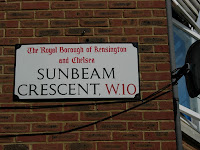 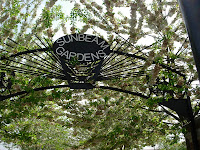 became part of the Rootes Group along with Hillman, Humber and Singer.The site of the Sunbeam Works is now a small housing development but retains many links with its previous life in road names and building decor.


During their life each marque achieved fame in one field or another. In 1952 a Humber Super Snipe (remember the vicious bonnet trophy?) was driven from London to Cape Town in 13 days, 9 hours, 6 minutes. This was obviously before the M25 was built. In 1926 Sunbeam was the first car to exceed 150mph and the following year held the world land speed record at 203.44mph.


In later years many Rootes models were remembered for achieving an unprecedented speed of rusting. 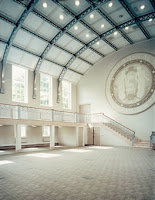 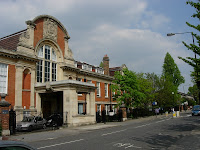 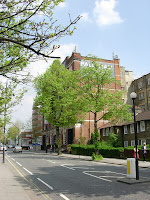 The Pall Mall Deposit on the opposite side of Barlby Road us a Workspace building. 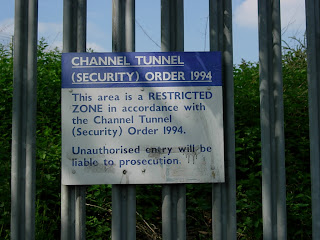 On my way back to the canal I passed a piece of ground displaying this sign. I was not aware that the Channel Tunnel extended as far as North Kensington.
Posted by Peter at 00:15