Angels & Demons
We have been away for a while - to France by Eurostar.
We were visiting friends near Arras and attending a wedding between St. Quentin and Laon.
We find the Eurostar so comfortable and convenient and there always seems to be some good fares around. Ninety minutes after leaving the beautiful surroundings of St. Pancras station we were in Lille where we walked to the Flandres station to take a train to Arras. 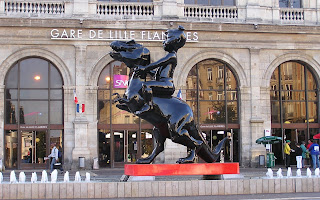 We were a little puzzled by the plastic statue in front of the station but when we looked along the street towards the Opera our puzzlement was increased by the vision of more such statues either side of the carriageway.

Apparently the film - Angels and Demons - which is the sequel to The Da Vinci Code was being shown at the cinema. That made us glad that on this occasion we were only passing through. 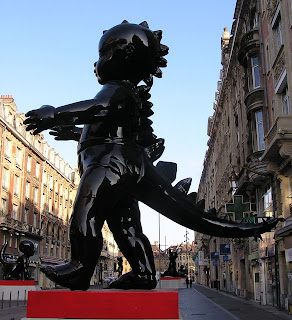 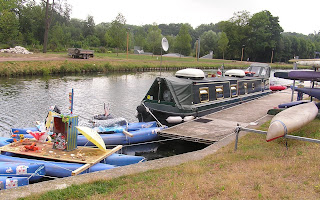 On arrival at Arras we were met by friends who are living on their narrowboat nearby.
With moorings at less than £400 a year including electricity and water and the French cuisine why are we not all over there?

Chris, Paul and Ivy (the dog) brought their narrowboat - Dream On - over here in 2008 and have been cruising around the north of France. The mooring they have secured is on the same site as a water sports complex where the top canoe and kayak rowers train. We stayed on Dream On for two nights. I wasa little apprehensive. Although we have had visitors staying with us this is the first time I have stayed on someone else's boat. Living on a narrowboat demands a discipline which is not necessary in a house. Thus live-aboard boaters develop their own particular regime which is unlikely to be the same as their neighbour. As far as we are concerned we need not have worried. Whether this view is shared by our eerstwhile hosts time will tell. 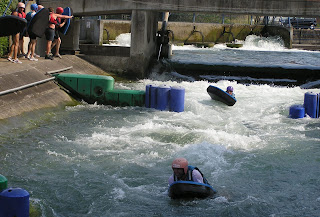