After our day in London watching the Jubilee Thames Pageant we relaxed in the warm in front of  the TV to view the edited highlights on the BBC.  What a disappointment that programme was!  The first hour was exclusively devoted to the man-powered boats and almost nothing was shown of the vast majority of boats. It seemed to me that the BBC cameras were concentrated on Westminster and Tower Bridge and by the time the Queen and subsequent vessels arrived the rain was so heavy it interfered with the photography. We established our camp near the beginning of the route between Chelsea and Vauxhall bridges.  Here the rain did not arrive until the narrowboats and Dutch barges passed us. In a small effort to rectify the situation here some pictures of a few of the boats ignored by the BBC. 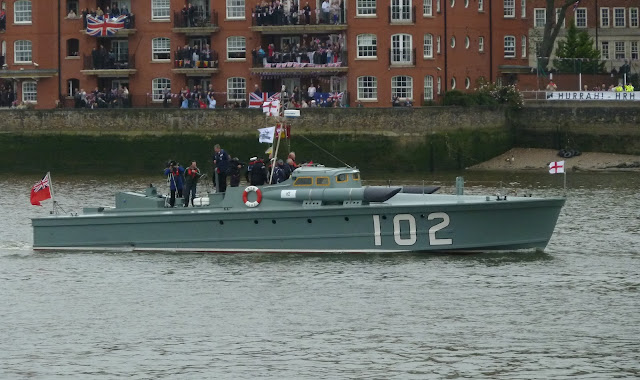 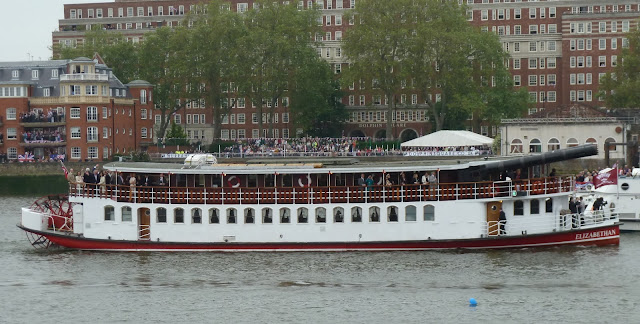 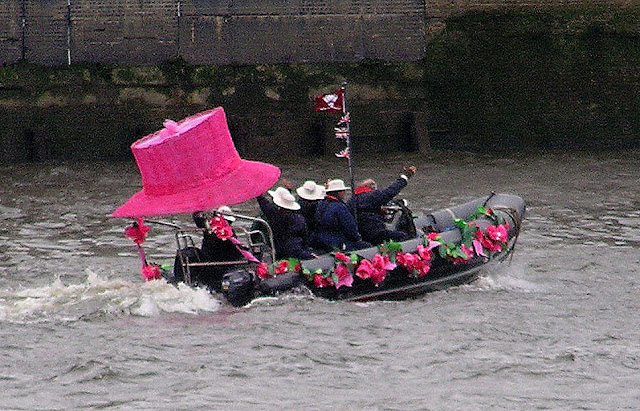 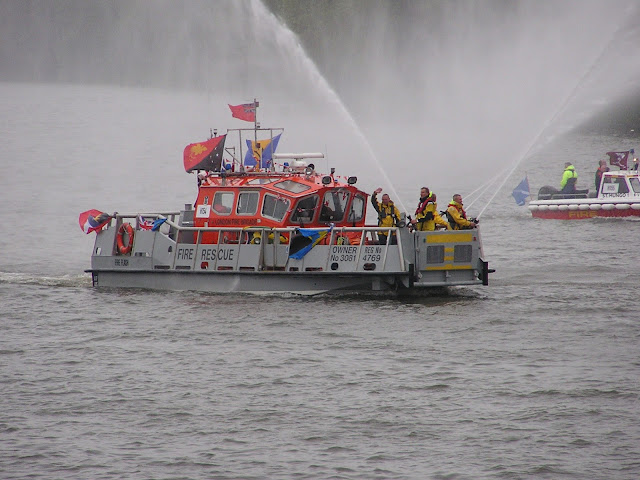 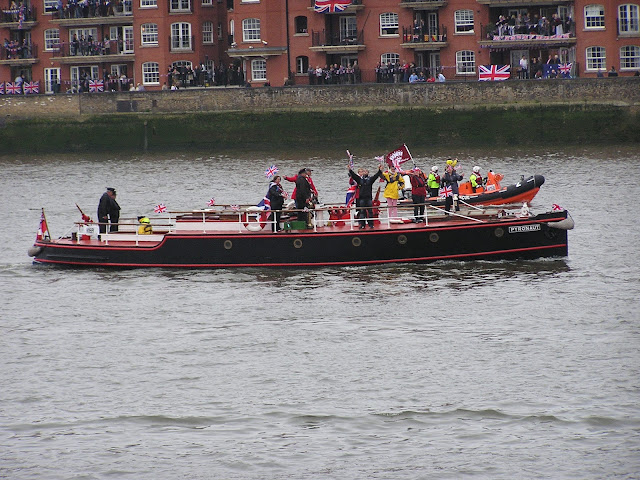 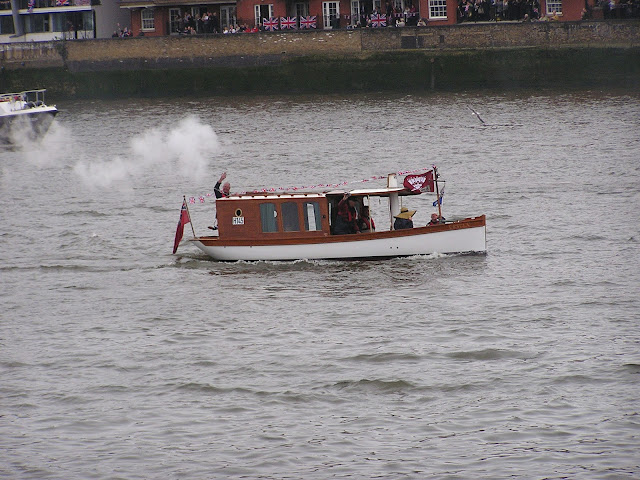 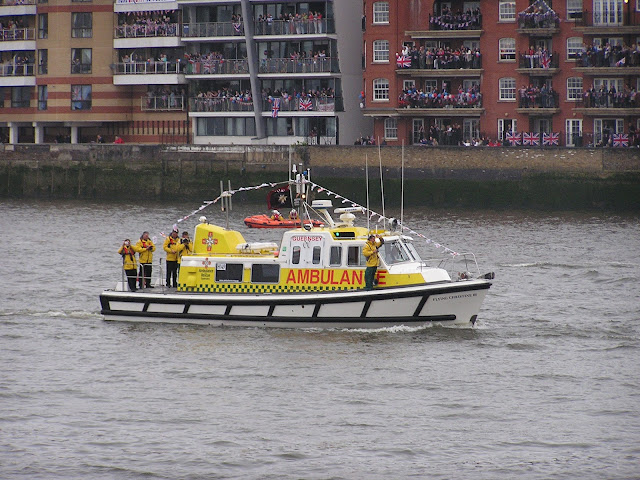 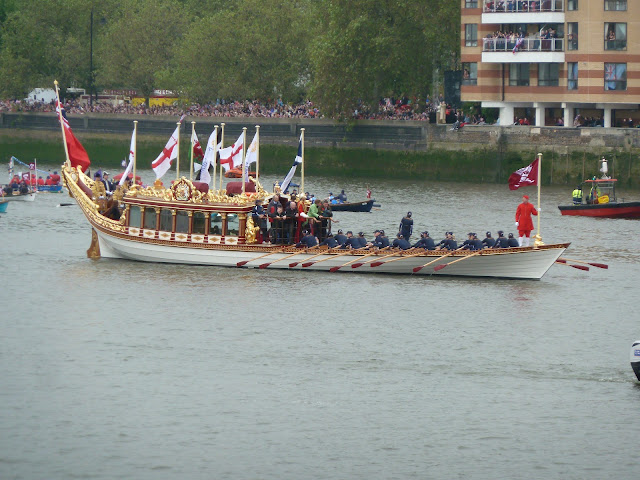 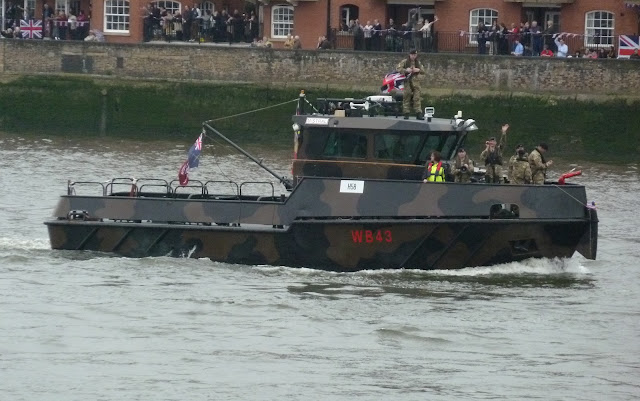 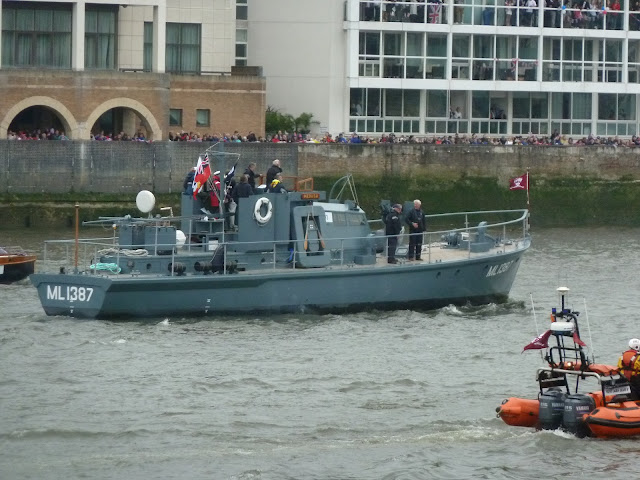 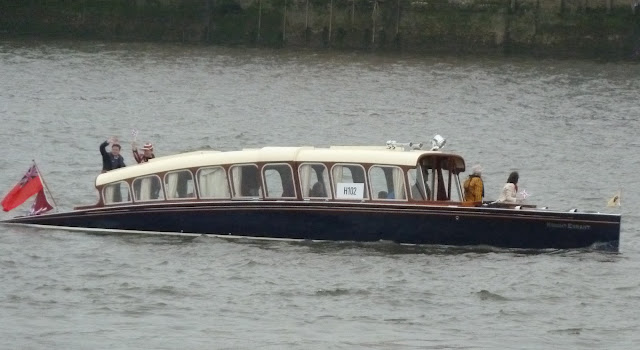