I have always been fond of making lists: nothing obsessive, but recognising the fallibility of my memory. I guess the correct term would, indeed, be aide-memoire.
Our grandson, aged four, likes to wear his dad's long socks so we thought we would buy him some of his own.  After a few attempts we had to put them on our  hard to find  list of thongs to seek out that now-one seems to stock nowadays.  For our recent visit to Provence she who must be obeyed purchased a sun hat.  The sun did not shine much and when it did appear it was accompanied by winds which occupied at least one hand holding it in place. Even the least attentive of readers will by now have grasped the fact that we spend last Sunday in London waiting for and watching the Thames Pageant.  When one travels to town on public transport one is advised to wear ones black leather gloves.  However, one is also advised to bring both of them home. When one is changing the batteries in the camera it is risky to do so whilst standing on a storm drain.  So black leather gloves and rechargeable CRV3 batteries are also added to the hard to find list.
On our first visit to Halesowen last week we discovered a shop which made out list all but redundant.  We can't claim to have discovered it as such: it has been trading since the 1880s and is currently run by the fourth and fifth generations of the founding family. However, it was a very pleasant surprise to be able to cross off
black leather gloves,
long socks for boy aged four and
ribbon for sun hat
We also managed to cross off an item which was not on the list - frilly-topped socks for grandson's younger sister.
"But what about the camera battery"? I hear you as.  Well here they failed us. 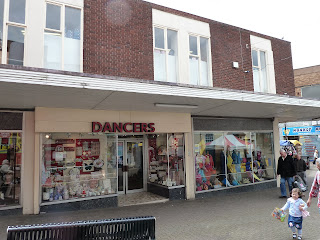 Dancers Ltd started life as a shoe shop in Lye and grew to six stores as far afield as Ludlow. Halesowen is the only store now.

They moved to this site in 1889 but built this unattractive building in 1967.

But it's what goes on inside which is important. 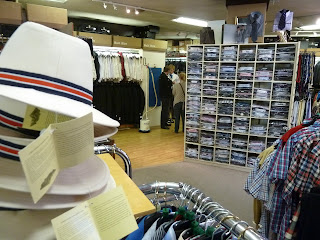 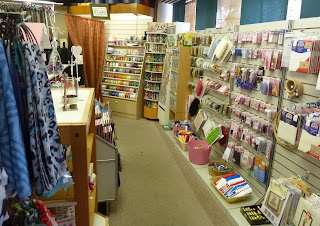 They have assistants who assist. 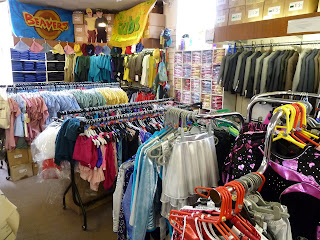 No problem finding a ribbon for the summer hat.

Or a uniforms for schools and scout group should you need one. 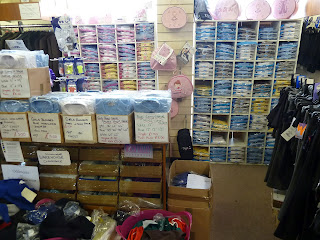 You want a shirt? 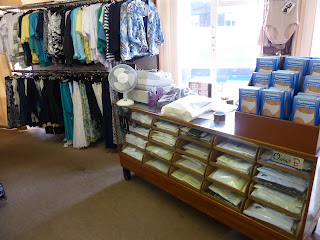 They have drawers full of drawers. 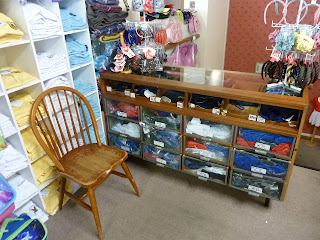 And a chair for me to rest on whilst the other half rummages around. 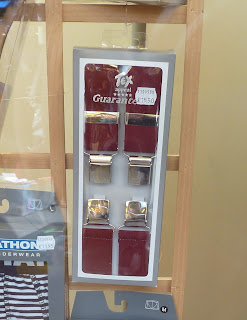 And don't forget the braces!

But if you are looking for a battery for your digital camera - don't go to Dancers of Halesowen.