In 2013 a team of Spanish MEPs estimated that the EU Common Agricultural Policy was worth £110 million to the farms that raised bulls for bull fighting. Three weeks ago 438 MEPs out of 687 voted  for an amendment to the budget that Common Agricultural Policy (CAP) funds “should not be used for the financing of lethal bullfighting activities”, adding that such funding “is a clear violation of the European Convention for the Protection of Animals Kept for Farming Purposes”.
This should mean the end of CAP support for Spanish bull fighting. However, the devil is in the detail as it always is.  The inclusion of the word lethal in this amendment could mean that these subsidies may continue in Portugal where the bull is not killed.
Whatever your view of bull-fighting ,the use of agricultural subsidies to support it does seem tenuous. I wonder if race-horse breeders also receive CAP subsidies.
The budget now goes to the European Commission for consideration where the amendment could be deleted.  So it's wait and see time again.
Posted by Peter at 21:48 No comments:

Parking restrictions do not have to be confrontational 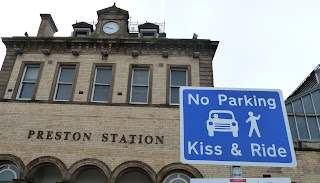