One of the least enjoyable aspects of cruising the canals is how many people consider that the canal is the appropriate repository for their detritus. 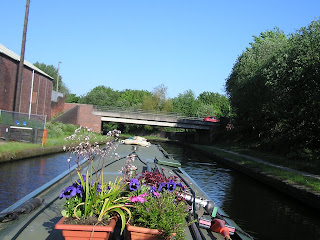 On our way along the BCN main line on Saturday morning the red car in this picture stopped on the bridge, the driver got out and threw a bag of rubbish into the canal and then drove off.  It makes me want to return the stuff in the form of a suppository

I do not understand the mentality of someone who goes tot the trouble of stopping to discard rubbish but does not use the appropriate provisions. 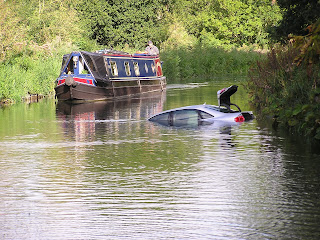 Last year on the Kennet and Avon canal we had to manoeuvre around this brand new unregistered Audi which was stolen from a car dealership and driven it into the canal. 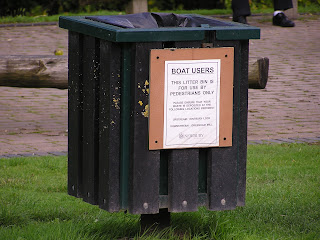 It is often obvious that rubbish in the canal has not come from canal users but sometimes boaters' rubbish is not good enough for landlubber rubbish bins.  Why should canals accept non-boater rubbish then? 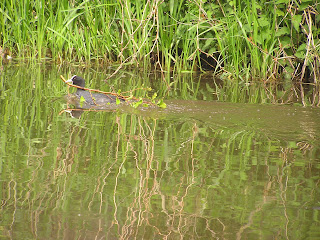 This coot at Titford Pools is doing its bit for recycling.

Along with the usual tree trunks, 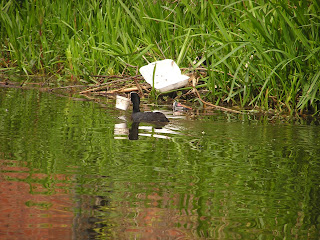 a polystyrene cup and food tray have been incorporated in the nest construction.

I wonder if they have a preference  for Chinese or Indian food trays.
Posted by Peter at 11:58