Over the past week we have been cruising around the Birmingham Canal Navigations with sixteen other boats none of whom we knew before.  Now we have that many more acquaintances and, who knows, maybe a few new friends. We were quite expecting to meet no other boats during the  cruise but when we arrived at Anglesea Basin we found two boats already there.  And they turned out to be boats we met three times last year - in Little Venice, Brentford and Banbury.
After catching up on news and gossip we went our separate ways 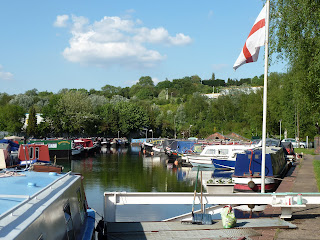 At the end of the cruise we decided to stay in Hawne Basin for a while to get a few jobs done on Gecko whilst the weather was nice. 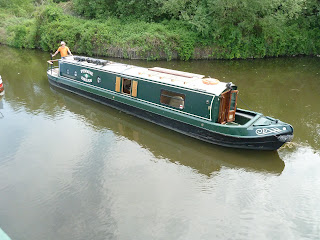 On Sunday morning our boat polishing was interrupted by two boats arriving  which turned out to be these  same boats - Firefly and Pennine Dream.

After assisting them to moor we noticed that firefly's portholes were boarded in. 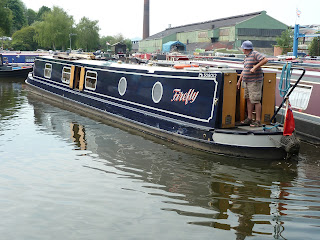 On Friday and Saturday night these two moored in the town basin at Walsall and at 2am on Sunday our boater was woken by the bathroom porthole being smashed in by some hard object. He jumped out of bed to investigate and as he did so the porthole by his bed suffered the same treatment.  Had he been slower to respond he would have been covered in glass shards.  In twelve years of boating this is the first such incident he has suffered but it is still a shock.  It is also a shame for Walsall as people reading this will now think twice about visiting the town basin. If this happens the yobs will have won again.


Be careful but don't be scared off

We intend to visit Walsall next year.
Posted by Peter at 10:50