More NewZ from the Travel Diary.....
Mar 24 - Serendipity on the Road to Lumsden
It is true to say that the places we enjoyed most in our five weeks touring New Zealand were those no-one told us about or recommended us visit. Leaving our newly found friends in Dunedin we set off toward the west coast. 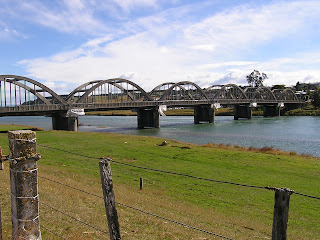 For morning coffee we stopped in Balclutha and while there took a look at this early example of ferro-concrete bridge construction. After coffee we discovered the town museum and what a gem this is. Packed to the rafters with real exhibits and only three Do not touch signs in the whole place. The curator spent the rest of the morning telling us about the various bridges (the current one is number three) over the Clutha River. 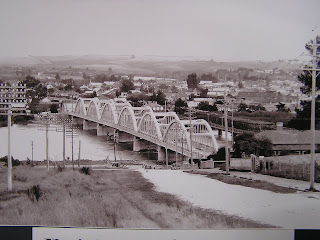 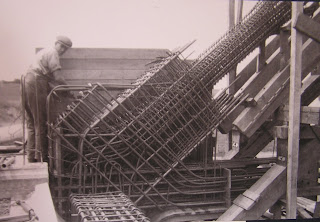 The previous incarnation can be seen alongside the current one in this photograph from the 1930s.

This must have been one of the earliest examples of ferro concrete being used in bridge construction. 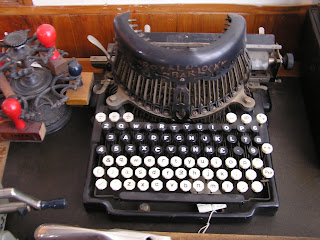 Amongst this treasure trove of recent history I came across this Royal Bar-Lock typewriter with two keyboards. Manufactured in New York by the Columbia Typewriter Company around 1890 , the upper case letters are, appropriately, above the lower case keyboard. 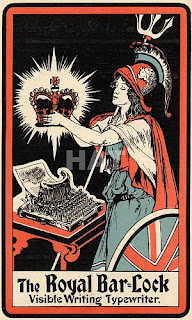 My research has not been able to clarify the model number of this machine. It is very similar to the models 6 and 10 but has a longer space bar. Royal Bar-Lock was the name used for sales to Europe and the twin keyboard models were replaced by shift key versions in 1903.


We eventually tore ourselves away from this interesting town and progressed through Gore which was also an enjoyable stop for lunch.
Lumsden, however, we would quite happily have by-passed in hind sight.
Posted by Peter at 20:39