Since leaving Saltisford we have had no cellular reception in the evenings so no blog. 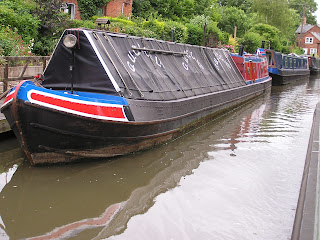 When we left on Monday we said farewell to Keith & Jo on Hadar. We first met them in 2009 as they set off from the Little Venice Cavalcade to start selling coal and other fuel to canal boats on the Leicester Arm. They recently retired and are living in Saltisford Arm where Jo looks after the gardens whilst Keith plans his model railway which he is building in the cargo section vacated by the sacks of coal.

We moored for the night near Long Itchington. As far as I know there is no Short Itchington, but there is a Bishop's Itchington.


Tuesday we spent climbing the  Bascotte Staircase, the Stockton flight and  Calcutt Locks. We moored near Napton and I took a walk up the hill to the village. Once again I did not manage to find the windmill which is visible from everywhere except the village.

Today we are back in narrow lock country.  Over the past few days we have negotiated 46 broad locks, about half of them sharing with another boat. If the other boat crew know what they are doing this can be very efficient as it was for us descending Hatton. However, we have a very good system for operating these locks alone and when we ascended the Stockton flight the boat we shared with slewed us down by their performance. 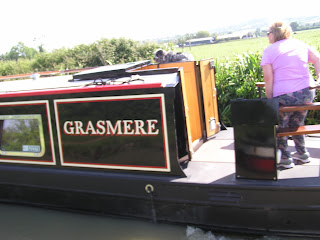 It is a few years since we climbed the Napton locks and on the last occasion we met  a boater who pushed us into the lock wall because he thought we might touch his pristine boat. Today we encountered a different symptom of Napton Madness. As we approached a lock just vacated by a  boat coming down, the crew of this boat - Grassmere - filled it up and came down too thus sending 20,000 gallons of water down the sluice and gaining them nothing. 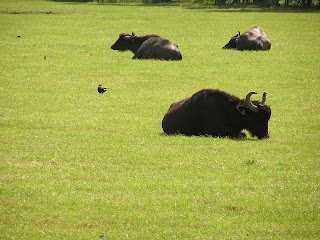 One thing which has changed since our last visit here is that the buffalo calves are now significantly larger.


The summit level of the southern Oxford Canal follows the contours, a feature it owes to James Brindley, the pioneer of canal engineering. The map here demonstrates one of the weaknesses of this approach, particularly when competing with railways for trade. A straight line from north to south on this map would be two miles but the canal winds itself around seven tortuous miles.

Any excuse to get some chocolate into the blog 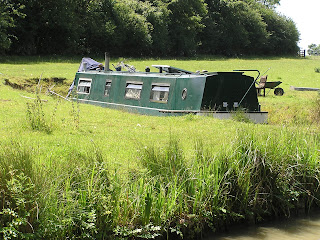 Was this an unsuccessful attempt at a short cut?