What's That Up There?

During my sojourn in the engine bay a hot shiny thing appeared above me which the gentleman on nb Tadpole who was moored behind me was able to identify.  Apparently it is called The Sun.  It is a wondrous thing and kept hiding and reappearing all day.  What fun.  I do hope it comes back another day soon. Market Drayton seems to be suffering from the economic downturn as many other towns we have visited this year. 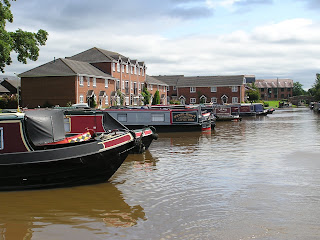 However we did our best to revitalise it by spending a fortune in Morrisons.As we left this morning for Adderley we passed this new residential development which we were pleased to see had not banned boats from mooring outside as so many such sites do nowadays. 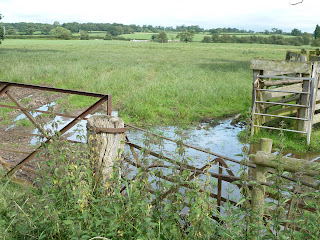 We moored mid afternoon soon after descending the five locks at Adderley and walked up into the village.
There were sandbags outside the farmhouse at the bottom of the hill and the fields at the top were still sodden. 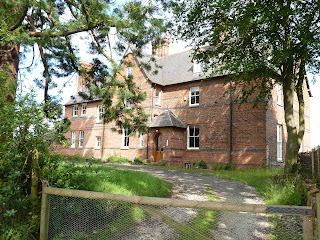 As we walked up Rectory Lane we passed this old rectory and something stirred in my memory..........Yes, friends of ours had lodged in the top floor when they  were first married 39 years ago.  The house was then called Cobscot Hay but now there is no visible name. 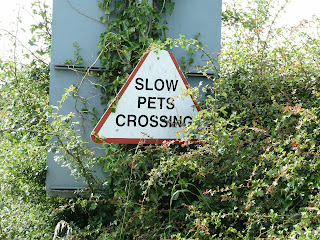 According to The First Mates' Guide there should have been a post office,  village shop and a service station but everything has shut down. Even the pets can't be bothered to cross the road properly.