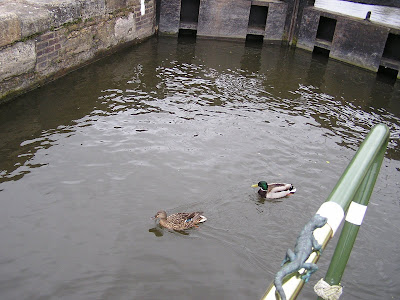 The ducks on the Grand Union have developed a new game.  It involves dashing into the lock with a boat just  as the gates shut and then sharing the ride down as the water is emptied.Three times during our trip from Ricky to Bulls Bridge  we encountered these adventurous ducks. 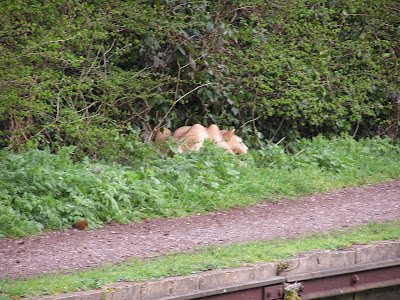 We have not seen this lioness on previous trips. either 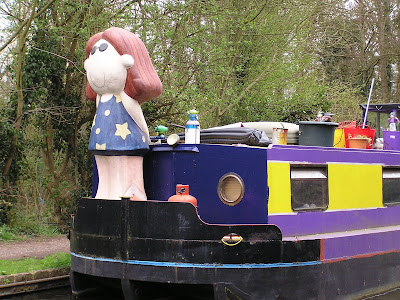 Another new comer is this young lady 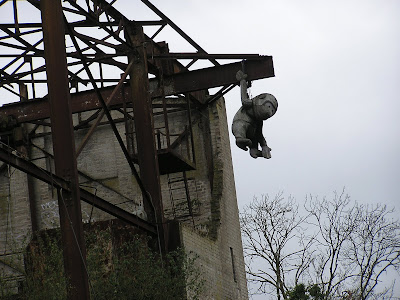 and King Kong is still hanging around


The dinosaur of Kings Langley is well known  (to all, apparently, except Graham on Jannock)  so I won't repeat my pictures of three years ago.

Have a look at Graham's blog if you have missed this creature.
Posted by Peter at 14:35