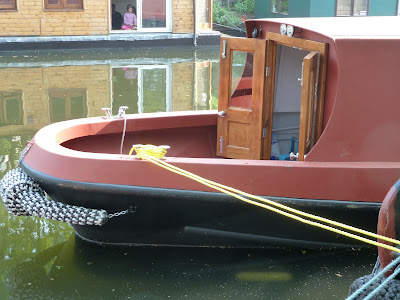 Woke this morning to find a boat breasted up to the  craft behind us. It must have crept in quietly during the night.
At first glimpse I thought it was stern on to us but as the sleep cleared from my eyes I realised that I was looking at an unusual bow shape. As we tend to refer to this end of the boat as the pointed bit I was a trifle confused. 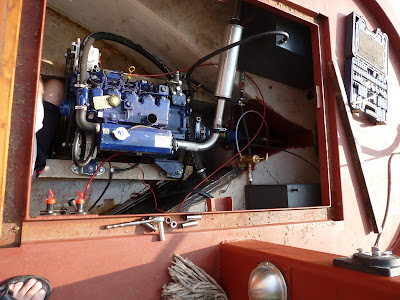 When the skipper emerged I learned that it was an Eco Hull design and the (not very) pointed end was not the only unusual bit.  The curves of the swim at the blunt end go the other way to ours. 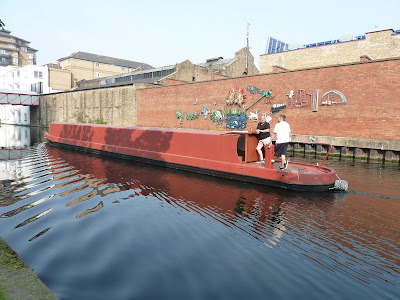 This design, the skipper claimed, gave him 25% better fuel consumption and 40% less wash than a conventional design like Gecko.


He achieved this with 35hp engine instead of the more usual 43hp. The boat is currently unfitted so it will be interesting if these figures, however they are arrived at, hold up when there is another ten tons of fitting out and contents. 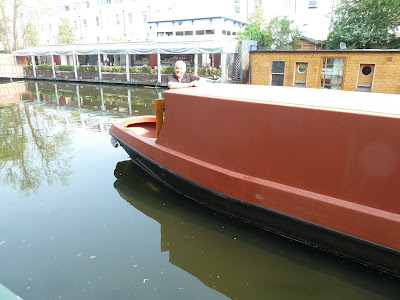 An important feature of this hull design is the rounded and bulbous bow, similar to the bows of ocean liners.
It is on its way to Yelvertoft Marina for completion and will be black and silver with the name Ag47.

As it left there was certainly less wash than conventional boats.