In ssearch of Bow Bells part 2

And so we headed for St. Mary-le-Bow in Cheapside to locate the real subject of Oranges and Lemons. 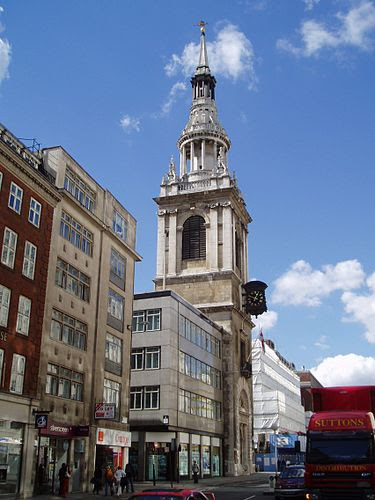 This wasn't difficult  to find. but it is difficult to get a decent photograph so I have borrowed this one from Wikipaedia

Nor is it simple to find the original rhyme

The first thing I found is that there is a longer version of the rhyme in use thus:
Gay go up and gay go down,
To ring the bells of London town. 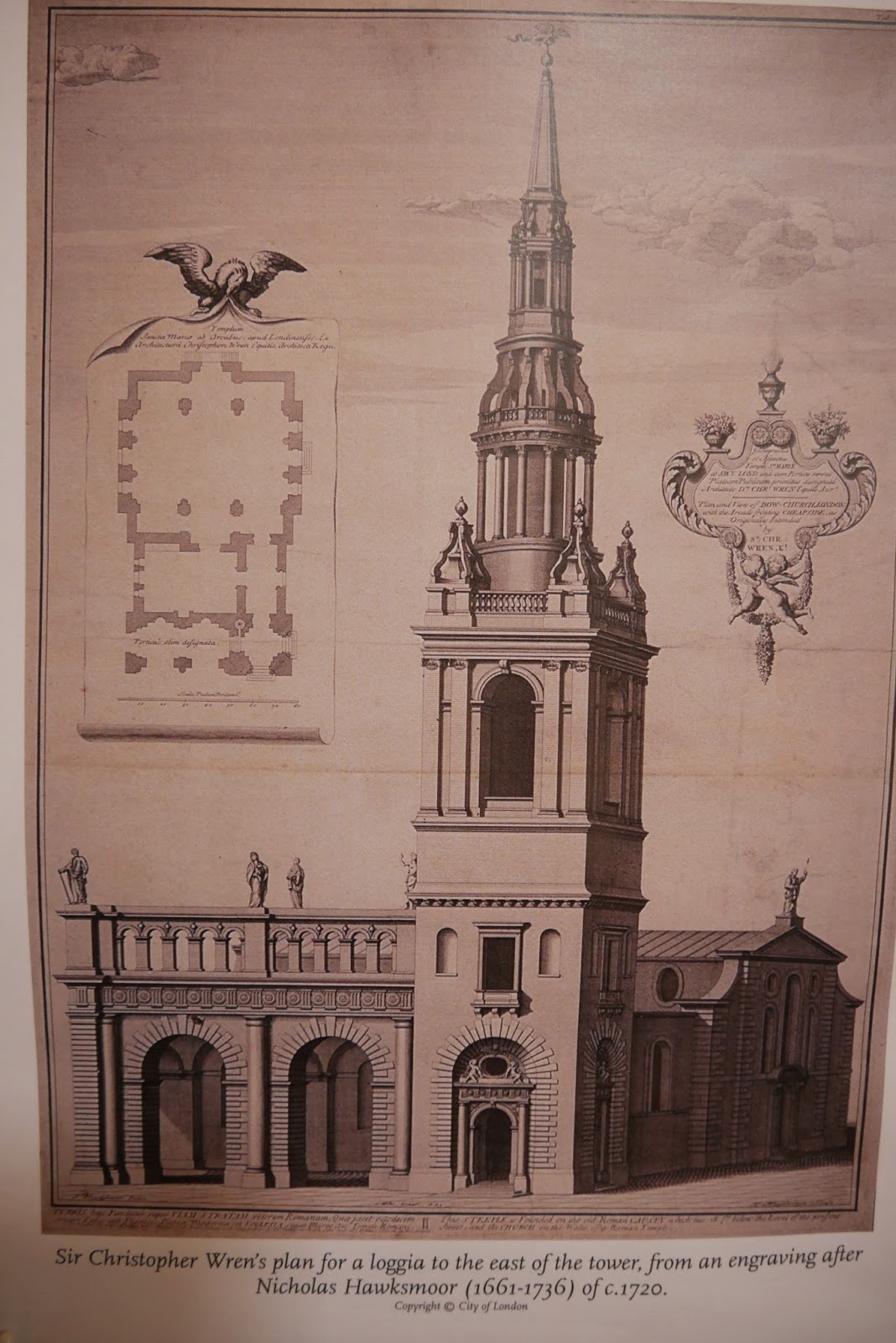 
As with many such nursery rhymes, the true meaning has been lost in time but that does not deter people from propounding their own theories. These include references to child sacrifice prompted by the final two lines.  However a difficulty in this is that the earliest record of the rhyme does not contain those lines.:- 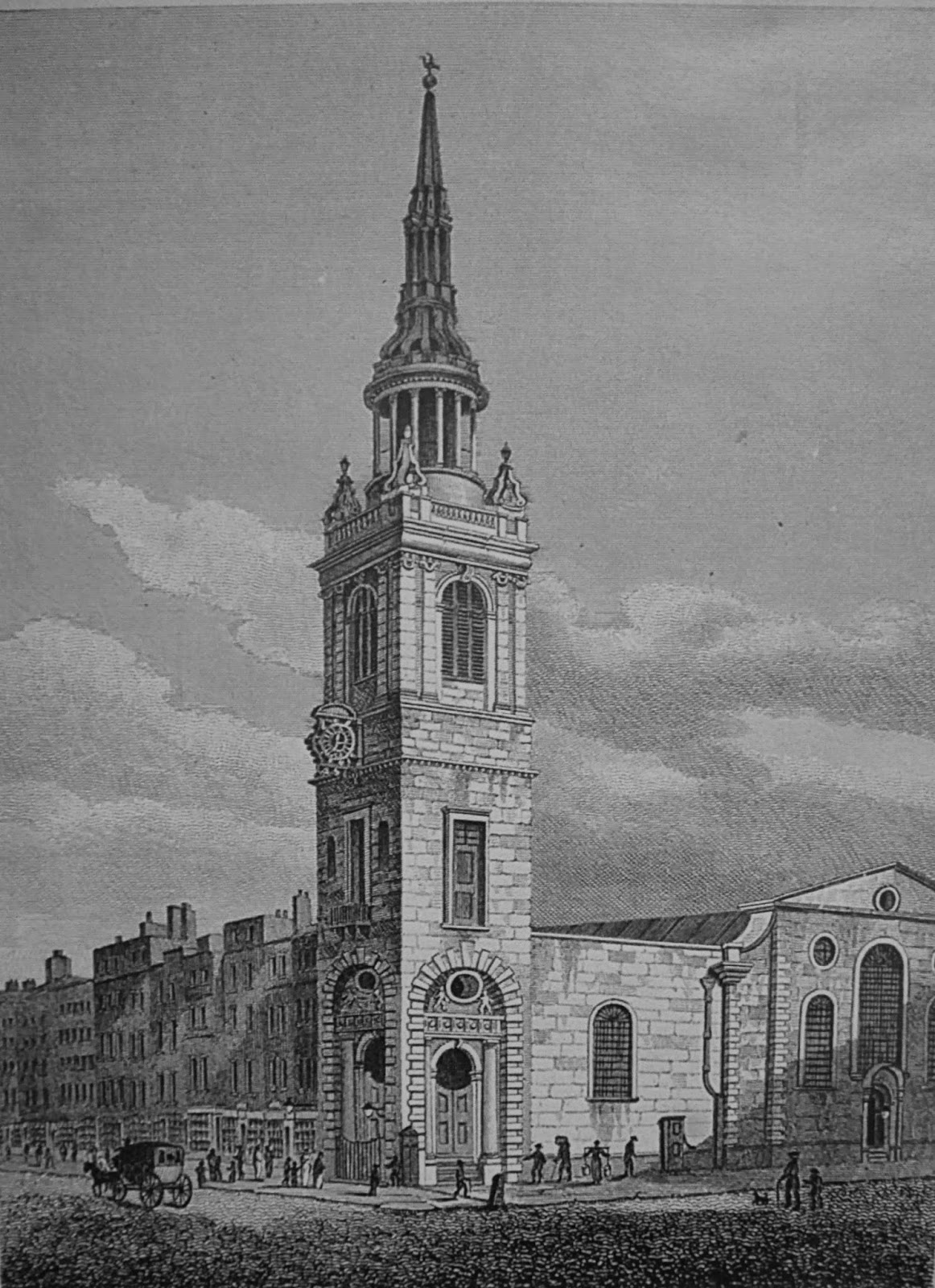 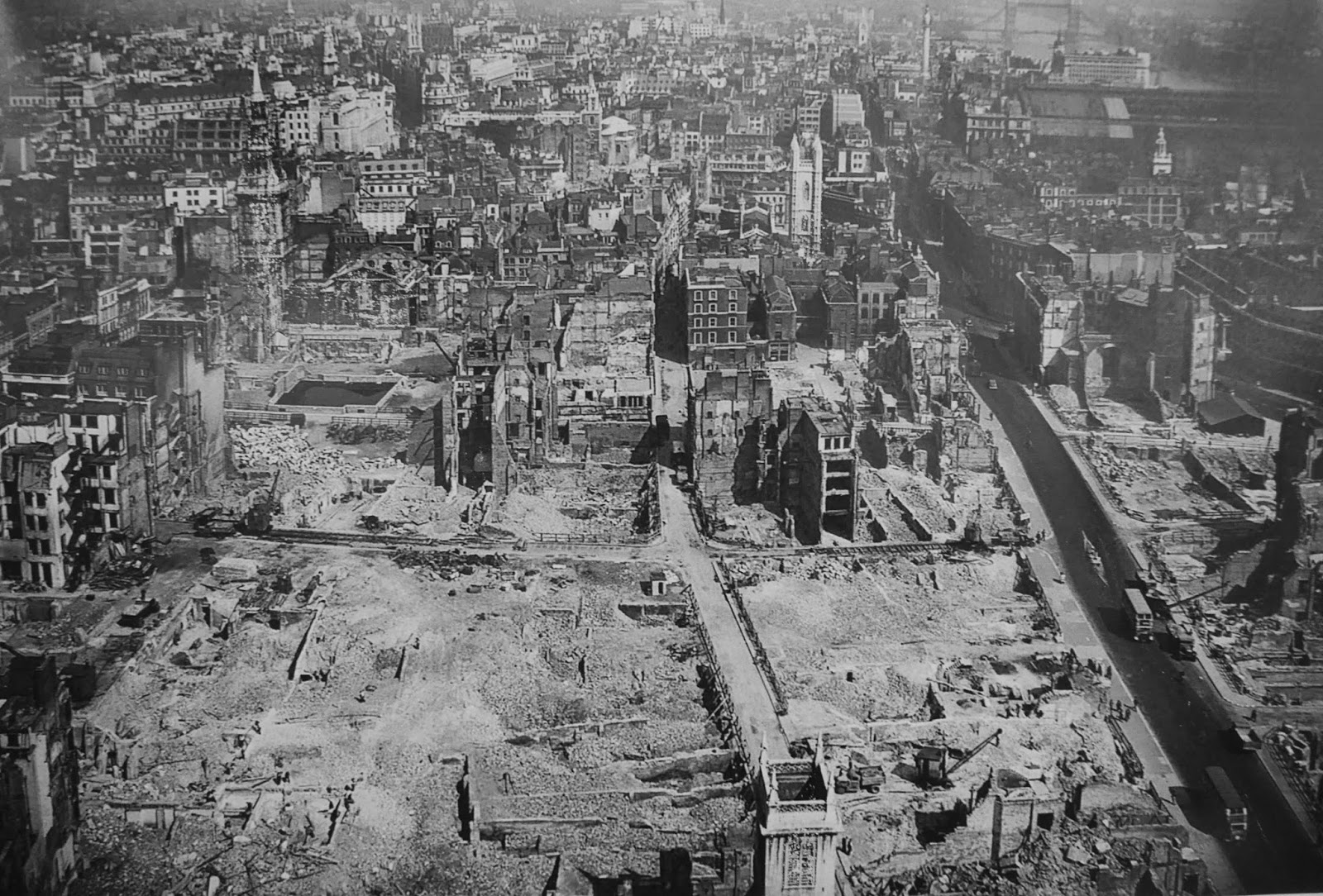 St. Mary-le-Bow was almost completely destroyed by bombs in WWII

This aerial photograph was taken in 1941.

However this was not the only destruction the church has suffered.
In 1666 it was destroyed in the Great Fire and rebuilt by Sir Christopher Wren.  At  the time it was almost as important as St. Paul's Cathedral and was one of the first to be rebuilt by Wren.

During the bombing in 1941 the bells were all but destroyed and a new peel of twelve was cast at the Whitechapel Bell Foundry in 1956.  The were hung and rung in 1961 and the church was reconsecrated in 1964.
Although there is much confusion around the identity of the churches in Oranges & Lemons, the Cockney connection is not disputed: to be a Cockney you must be born within the sound of Bow Bells - the bells of St. Mary-le-Bow, Cheapside.