Waking up in Limehouse

Last night we visited the Cruising Association headquarters which are opposite the marina office.  Annual subs are £120 but boaters arriving in Limehouse Basin are welcome to eat and drink there.
We were surprised on our arrival in the basin to find that Jeremy Batch no longer runs the operation: he resigned last November to work at the Cruising Association  so we did manage to see him briefly before he left work. Last time we were here Jeremy allowed us to stop for three nights so we could make a trip back to Aylesbury by train.  Things have changed now. We planned to stop two nights as we are visiting a friend on Saturday night but we are only allowed one night; after that there is a charge of £25. This is a very bad joke as the moorings are inconvenient, requiring a hazardous walk along the gunwale to climb an emergency ladder, which we had to do in the rain. 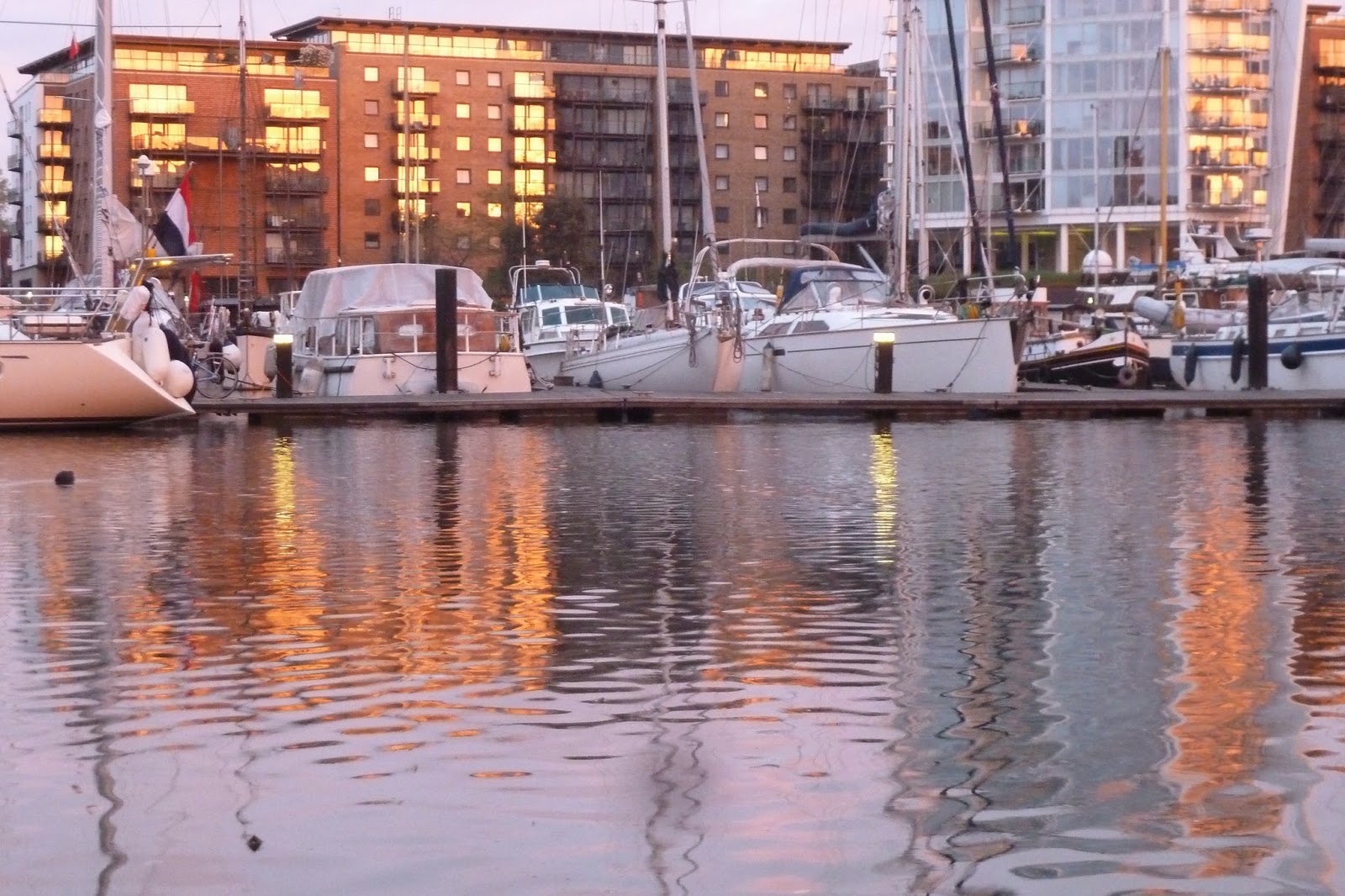 However, when we rose this morning the sunrise was shedding a rosy glow over the buildings and boats 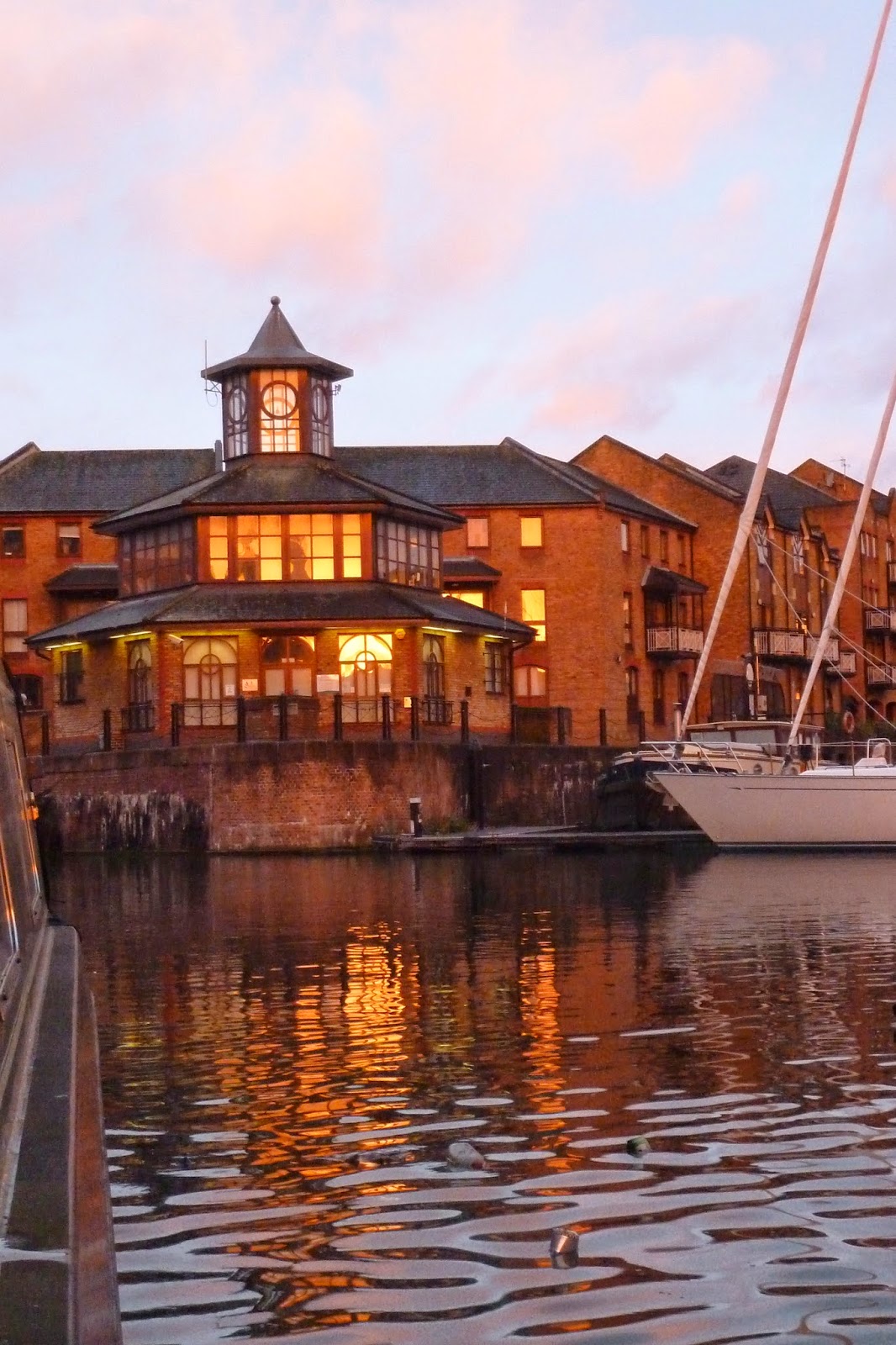 and reflecting on the windows of the marina office made it look as though someone had left all the lights on.


So we shall be in happier mood when we head off in search of better moorings this morning.
Posted by Peter at 08:37