We left Circus Field Basin  (at last!) this morning and headed for Marsworth Junction where we join the Grand Union main line.  This journey is a little easier than previously as the new basin is two locks up from the town so we only had 14 to do today. After five months of relative inactivity this was enough.
Despite having travelled this route many times before it was not without interest. 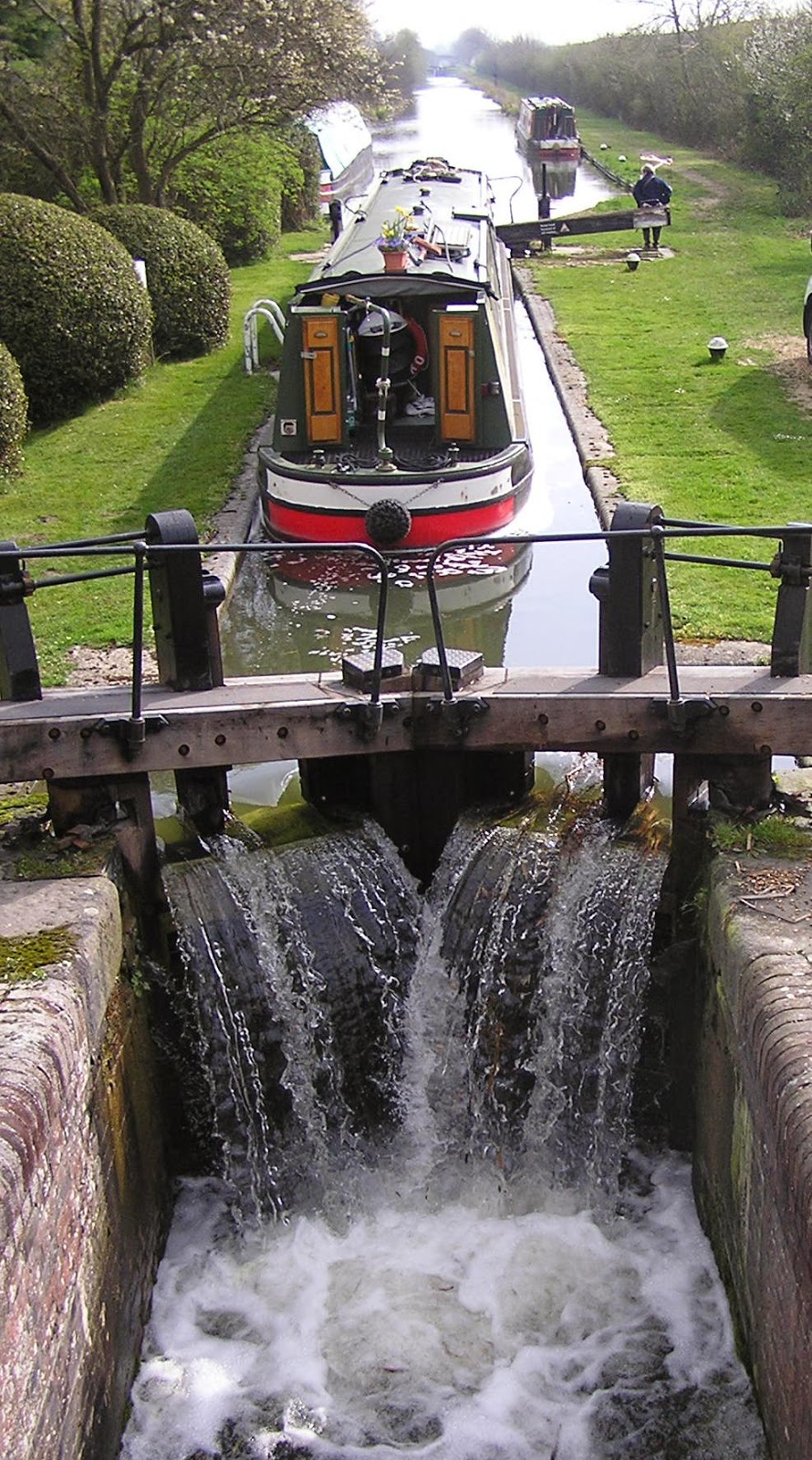 The lack of lock bywashes was evident here at Red House lock with excess water crashing over the gates. 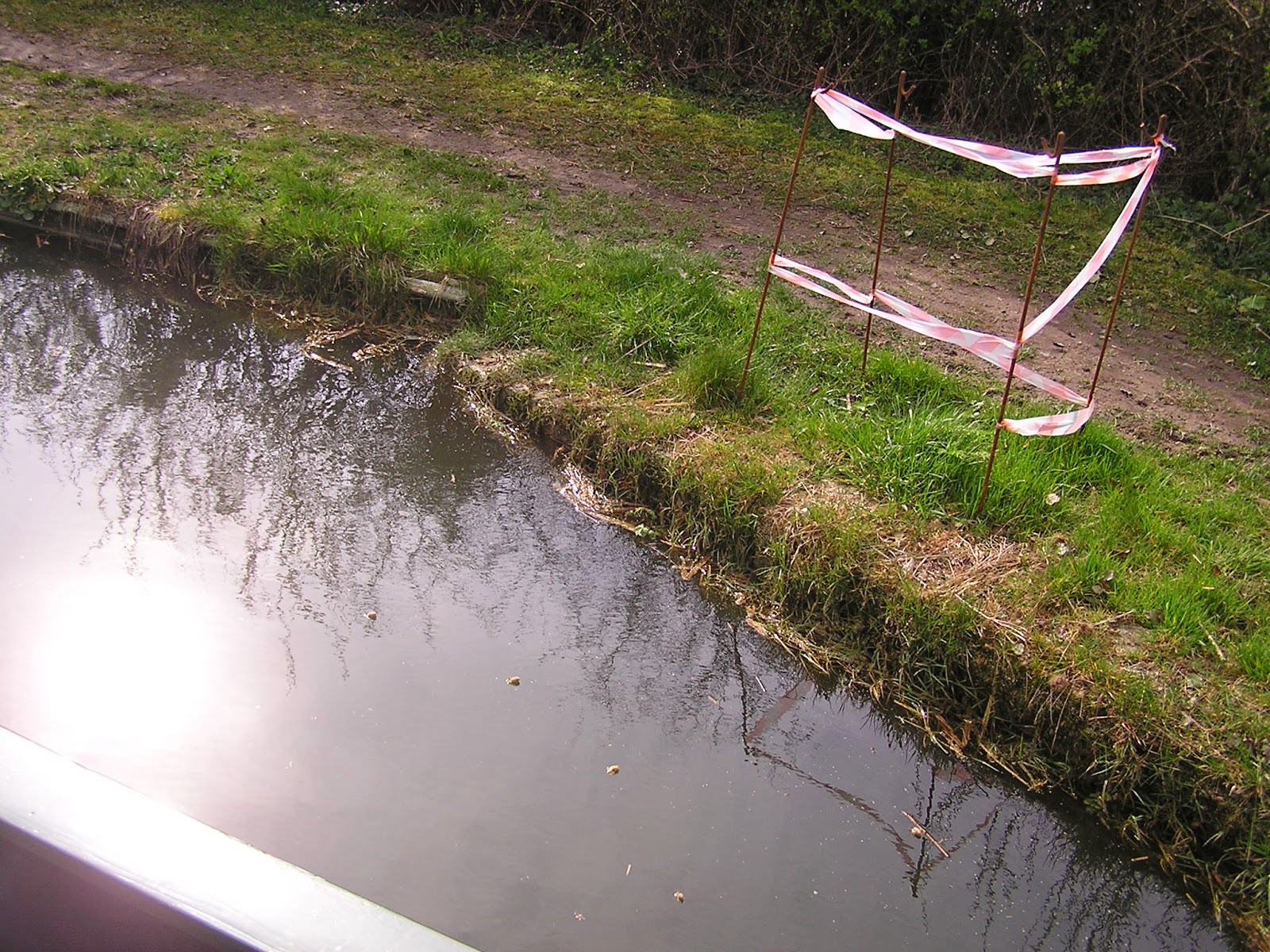 The leak we spotted back in October  has not been repaired but has acquired some safety tape  - that should fix it! 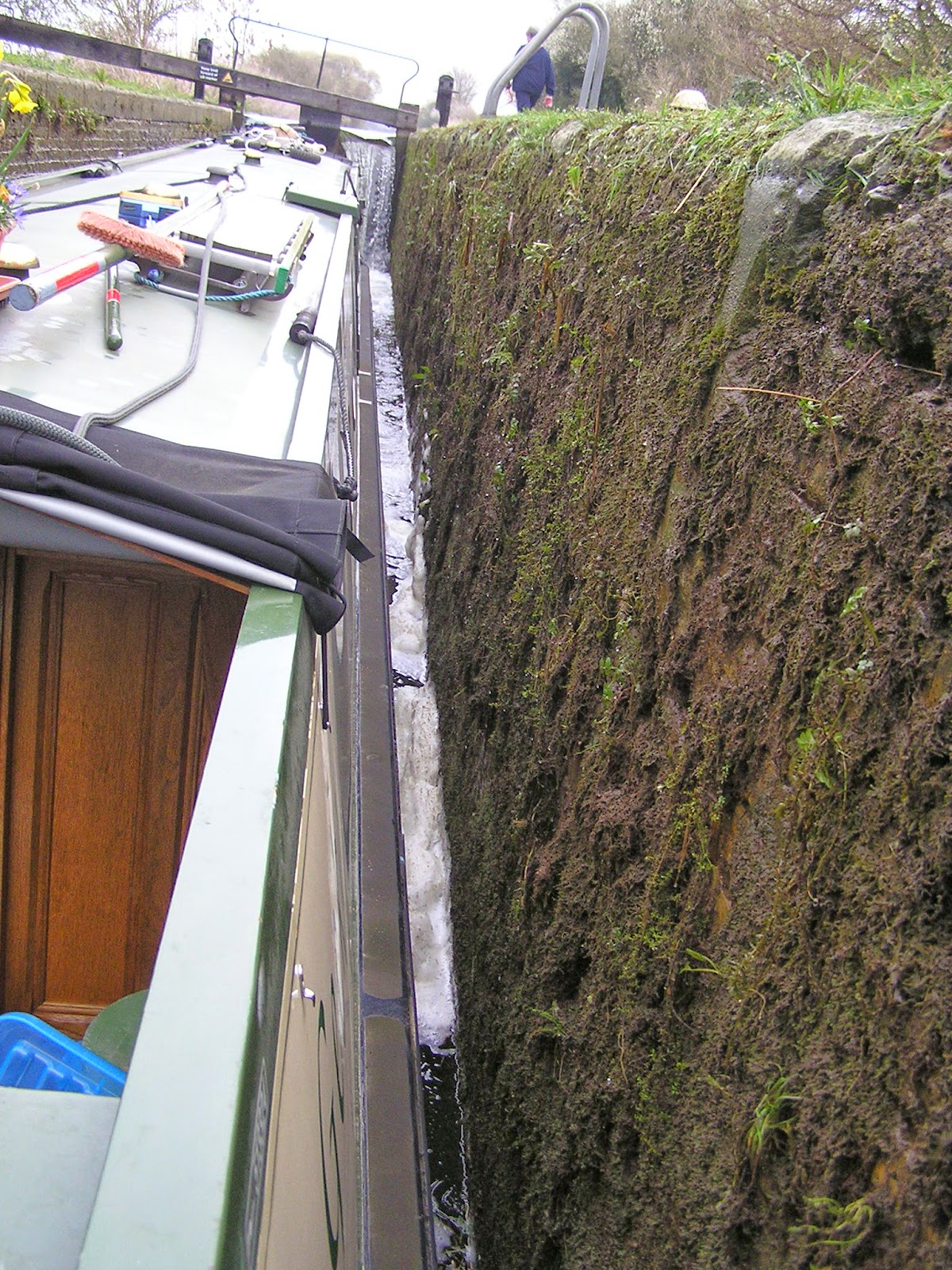 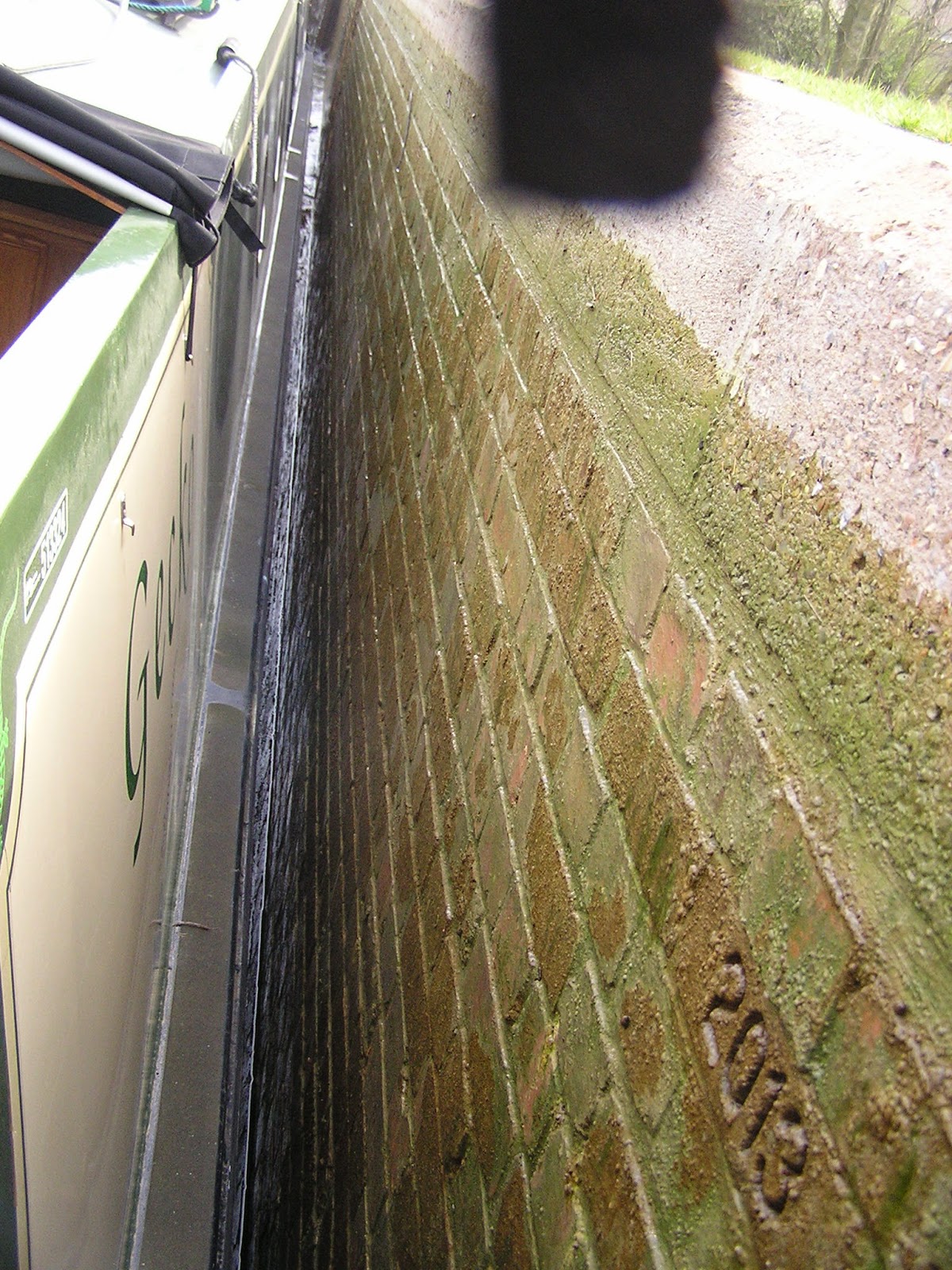 
and on the right you see an old lock wall.

In addition to a lovely new wall, lock 12 also has a bywash for excess water to escape around the lock.
It can be seen to the right of picture below. 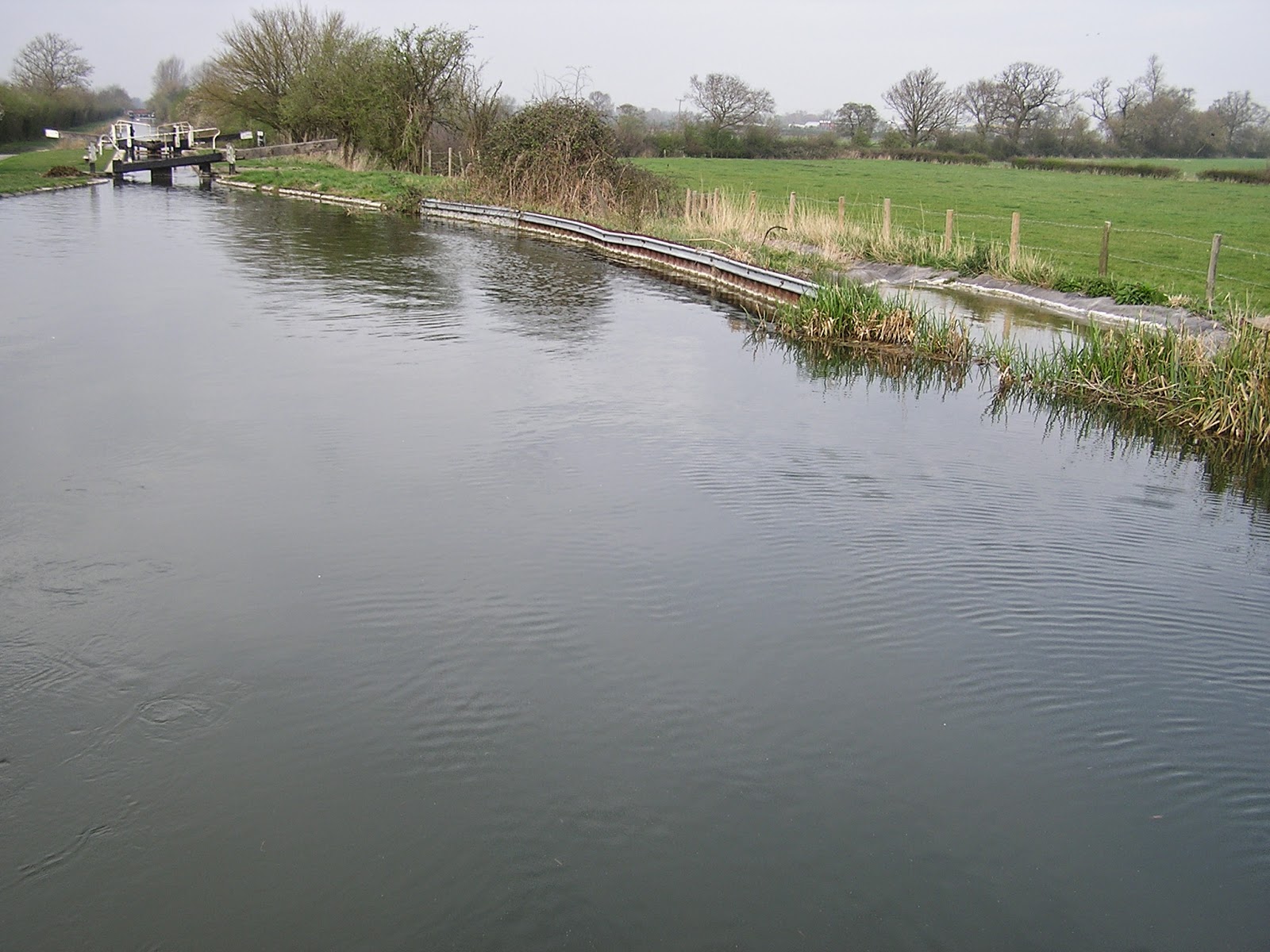 One of the very few boatyards capable of repairing or building wooden canal boats is situated on the Aylesbury Arm. The wide array of work in progress is fascinating. 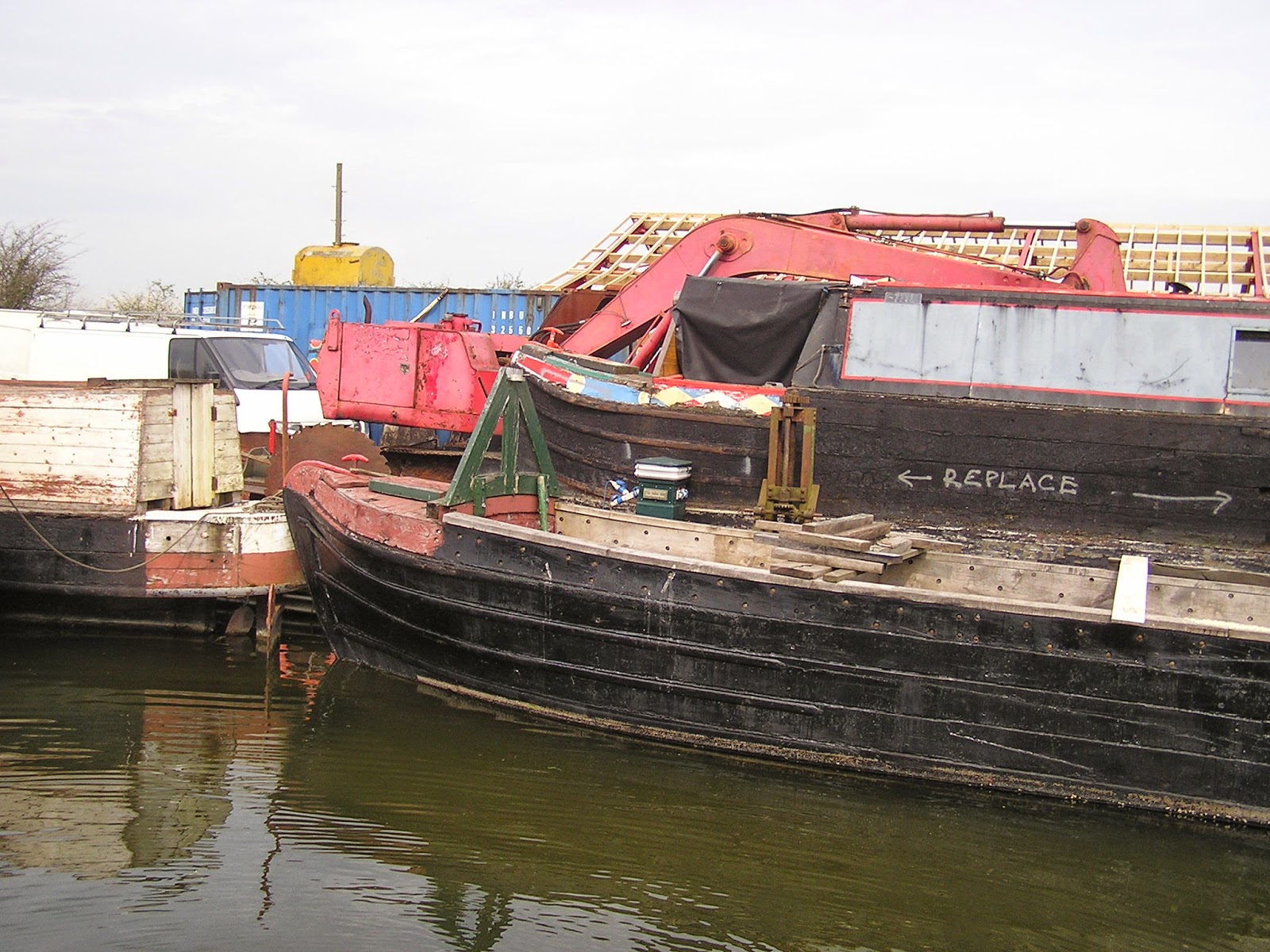 All the buildings bar one have now beeen demolished at Marsworth Jct in preparation for the redevolopemnt of the site for residential use. A wonderful opportunity for C&RT to install some decent facilities for the boaters. We will have to wait and see whether they have the foresight to cope with such a decision.
Posted by Peter at 23:34